May vows to fight on, warning Brexit is in peril 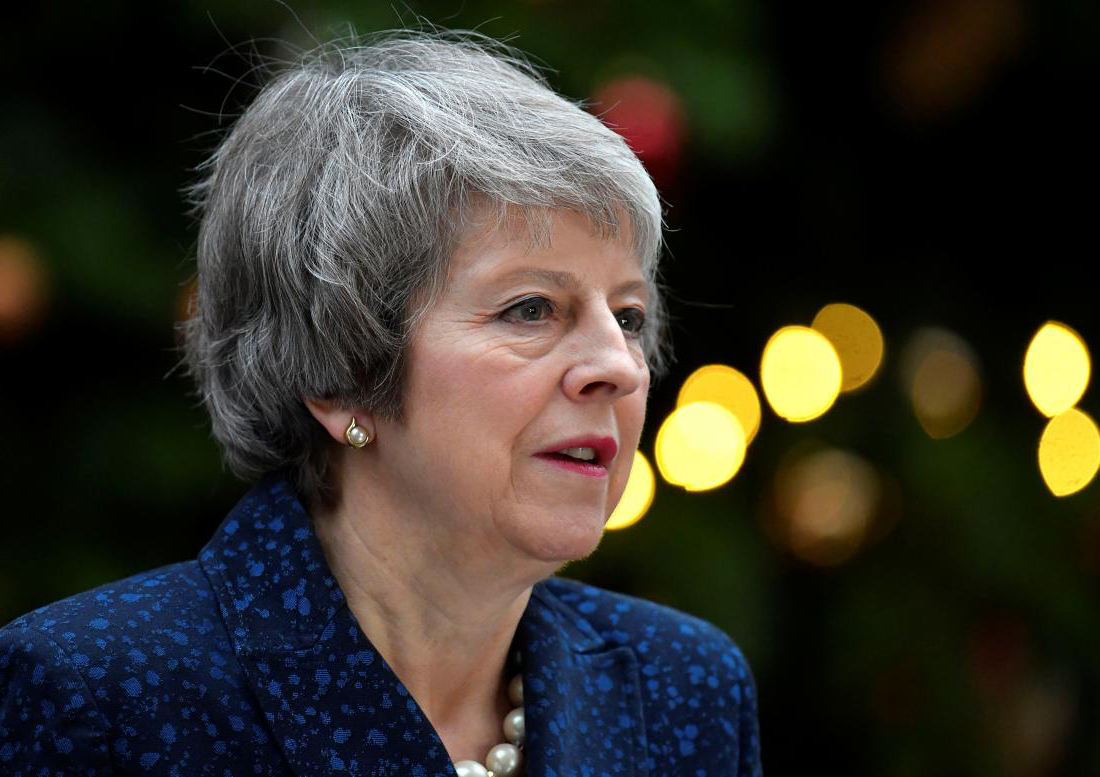 May vows to fight on, warning Brexit is in peril

LONDON (Reuters) - British Prime Minister Theresa May vowed on Wednesday to fight a challenge to her leadership of the Conservative Party, saying a change now would delay or even imperil Britain’s planned divorce from the European Union. With less than four months left until the United Kingdom is due to exit on March 29, Brexit has been thrown up in the air by the failure of May’s divorce deal among British lawmakers and a mutiny inside her party. Speaking outside her Downing Street residence just over an hour after a confidence vote in her leadership was announced, May said she would fight for her job with everything she has got. In a stark warning to Brexit-supporting opponents in her party, May said that if they toppled her then Brexit would have to be delayed and perhaps even stopped. “A new leader wouldn’t be in place by the Jan. 21 legal deadline, so a leadership election risks handing control of the Brexit negotiations to opposition MPs in Parliament,” May said. “A new leader wouldn’t have time to renegotiate a withdrawal agreement and get the legislation through Parliament by March 29. So one of their first acts would have to be extending or rescinding Article 50, delaying or even stopping Brexit when people want us to get on with it,” she said. Graham Brady, chairman of the Conservative Party’s so-called 1922 committee, said the threshold of 15 percent of the parliamentary party seeking a confidence vote had been exceeded. A ballot will be held between 1800 and 2000 GMT on Wednesday in a room at the House of Commons and an announcement made as soon as possible afterwards, he said. May could be toppled if 158 of her 315 MPs vote against her. Brexit is Britain’s most significant political and economic decision since World War Two. The outcome will shape Britain’s $2.8 trillion (2.3 trillion pounds) economy, have far reaching consequences for the unity of the United Kingdom, and determine whether London can keep its place as one of the top two global financial centres. The British pound, which has lost 25 cents against the U.S. dollar since the 2016 referendum, fell on the confidence vote but then rose to 1.2548 on news that Brexit might have to be delayed.