May warns there could be 'no Brexit at all' 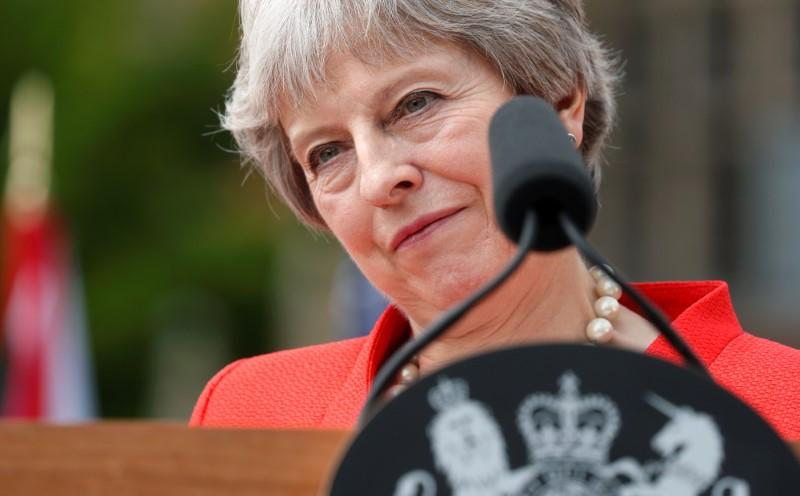 May warns there could be 'no Brexit at all'

LONDON (Reuters) - Prime Minister Theresa May has warned there may be “no Brexit at all” because of lawmakers’ attempts to undermine her plan to leave the European Union. “My message to the country this weekend is simple: we need to keep our eyes on the prize,” May wrote in the Mail on Sunday newspaper. “If we don’t, we risk ending up with no Brexit at all.” Earlier this week two senior ministers resigned in protest at May’s plans for trade with the EU after Britain leaves the bloc next March. Her blueprint was then criticised in a newspaper interview by US President Donald Trump, a position he backtracked on during a meeting with May . May also wrote in the Mail on Sunday article that Britain would take a tough stance in its next round of negotiations with the EU. “Some people have asked whether our Brexit deal is just a starting point from which we will regress,” she said. “Let me be clear. Our Brexit deal is not some long wish-list from which negotiators get to pick and choose. It is a complete plan with a set of outcomes that are non-negotiable.”