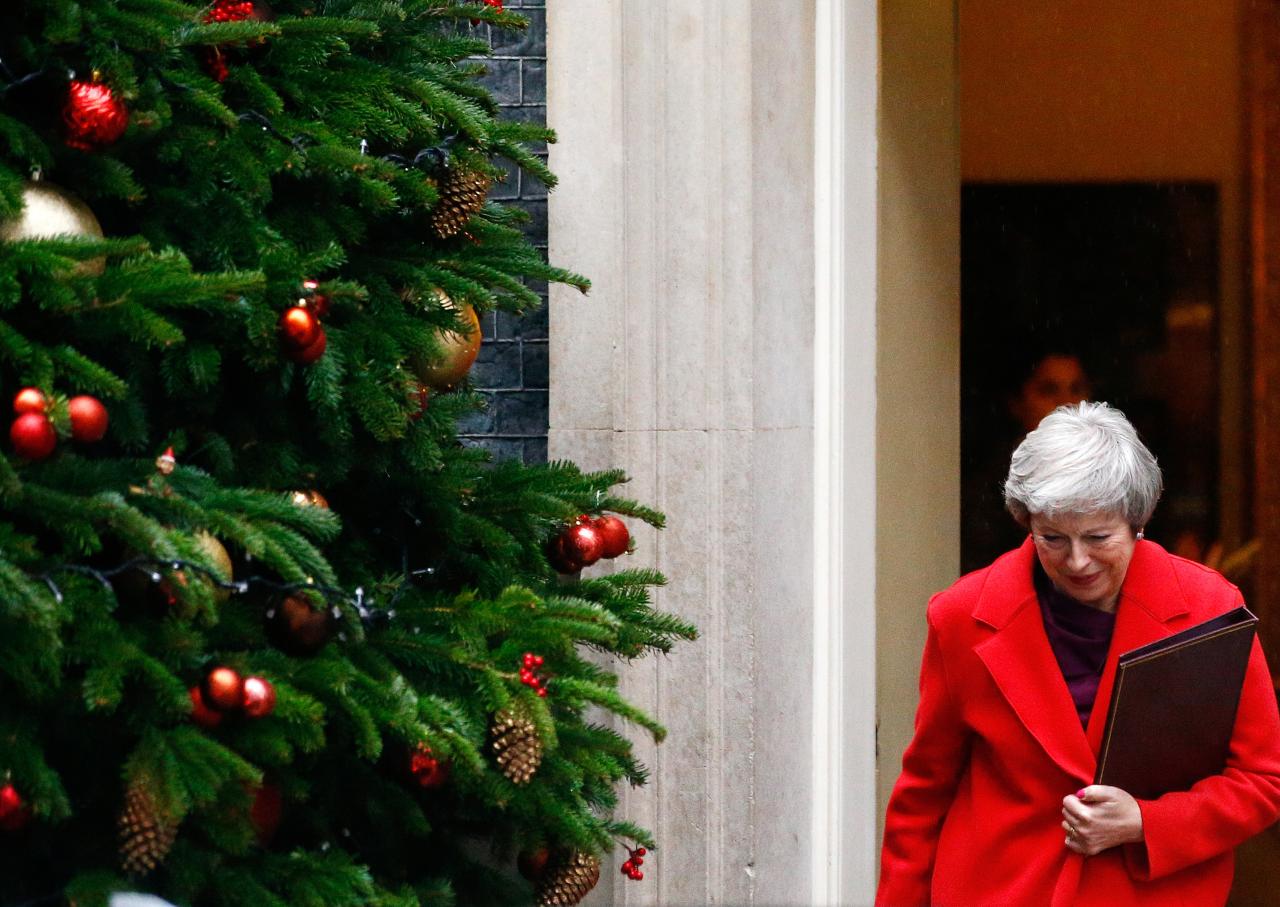 LONDON (Reuters) - British Prime Minister Theresa May’s government could be found in contempt of parliament on Tuesday for refusing to release its full legal advice on Britain’s exit from the European Union, underlining the depth of opposition to her deal with Brussels. The row threatens to overshadow the start of five days of debate in parliament on May’s Brexit deal ahead of a crucial vote on Dec. 11, when lawmakers will be asked to approve it. Opposition parties and the small Northern Irish party which props up May’s minority government have condemned ministers for only providing an outline of the legal basis for its Brexit deal after parliament voted last month to force it to make public the full advice. They have put forward a motion which, if passed following a debate later on Tuesday, would find government ministers in contempt of parliament and order the immediate publication of the advice. It does not mention potential punishment but the sanctions ultimately available include suspending a lawmaker, most likely the Attorney General Geoffrey Cox, from parliament. This would be unprecedented, with such punishment usually reserved for backbench lawmakers guilty of individual wrongdoing including financial misconduct. In reality, the vote is about putting pressure on an already weakened government. “Symbolically it would be very significant. Parliamentarians do take the sovereignty and privileges of parliament very seriously, it would not be a hollow strike against the government for them to be reprimanded in this way,” said Catherine Haddon, senior fellow at the Institute for Government. “This is an opposition who are facing off with a government who are on the back foot so they are going to use every opportunity they have to show the instability of the government.” With eurosceptics and europhiles from both May’s Conservatives and opposition parties having spoken out against the deal, the odds look stacked against her winning that vote. “It is a show of force,” said Haddon of the contempt motion, adding that it could be indicative of both the final vote on the deal, and the various amendments lawmakers are trying to attach to that approval of the deal. “What will be the role of the DUP for instance?,” she said, referring to May’s Northern Irish allies. “It will be interesting to see whether there is a show of parliamentary unity against the government on this issue or whether a majority of parliamentarians duck away from this particular one.” Cox, who on Monday outlined the legal advice he gave to the government including over a contentious “backstop” arrangement to prevent the return of a hard border between Northern Ireland and EU member state Ireland, has said it would not be in the public interest to publish the full advice. “The House has at its disposal the means by which to enforce its will. It can bring forward a motion of contempt, seek to have that motion passed and seek ... to impose a sanction. I fully accept that,” he said on Monday. The government are seeking to refer the issue to parliament’s Committee of Privileges, which would slow down the process and mean it would not be resolved before the crucial vote on the deal next week. “Next week MPs face the most important vote of our political lives. Forcing us to make that decision without all the facts shows contempt for Parliament & the public. Government won’t get away with it,” Green Party lawmaker Caroline Lucas said on Twitter.