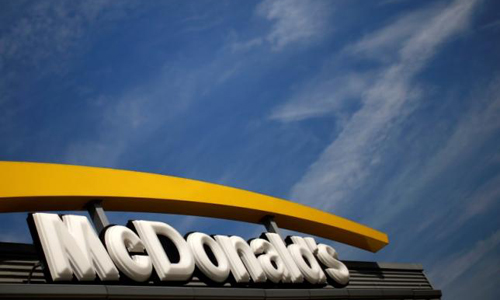 LOS ANGELES - McDonald's Corp (MCD.N) plans to raise the average pay of about 90,000 U.S. workers to around $10 an hour, but the increase will not benefit workers at the vast majority of the restaurants, because they are operated by franchisees, who make their own wage decisions. Workers groups said the move by McDonald's, which is also adding benefits such as paid vacations, fell short of their goals. They planned a nationwide protest for Thursday. Wal-Mart Stores Inc (WMT.N) and other retailers have introduced entry-level wage hikes in response to frequent worker protests calling for higher pay and better conditions. McDonald's, which announced the increases on Wednesday, has been fighting weak traffic and slumping sales in the United States. The pay increase, for workers at roughly 1,500 company-owned U.S. restaurants, will take effect on July 1. Starting wages at the restaurants will move to $1 above the locally mandated minimum wage. The increase will take the average hourly rate for those workers to $9.90 on July 1, up from $9.01 currently, McDonald's said. By the end of 2016, McDonald's said, the average hourly wage rate for McDonald's employees at those restaurants will exceed $10. Almost 90 percent of McDonald's more than 14,000 U.S. restaurants are operated by franchisees, who set pay and benefits for their own workers. But the expectation is they will face pressure to follow suit to stay competitive as employers. McDonald's also said that full- and part-time crew employees at company-operated restaurants, with at least one year of service, will begin to accrue personal paid time-off. Workers said the company does not currently offer paid time-off. Beyond that, some employees at both company- and franchise-run stores will be eligible for education assistance. "We know that a motivated workforce leads to better customer service, so we believe this initial step not only benefits our employees, it will improve the McDonald's restaurant experience," Steve Easterbrook, who became McDonald's chief executive on March 1, said in a statement. The wage move quickly drew criticism. "This is too little to make a real difference, and covers only a fraction of workers," Kwanza Brooks, a McDonald's worker from Charlotte, North Carolina, who earns $7.25 per hour, said in a statement. Brooks is part of the union-supported "Fight for $15" movement, which is calling on employers to more than double wages above the federal minimum wage of $7.25. The group plans a nationwide protest at McDonald's restaurants on Thursday. Shares of McDonald's, whose annual profit and revenue fell last year, were essentially flat at $96.29 in extended trading. The wage increase at McDonald's company-run restaurants could force franchisees to follow. In turn, that could cause those franchisees to raise food prices to cover higher labor costs. That could benefit McDonald's because it collects royalties from franchisees based on sales. But, it also could squeeze franchisee profits and threaten the company's Dollar Menu, which is popular with the chain's core base of lower-income diners. Bigger sales from price increases means more revenue to McDonald's Corp, which could solve some of the company's problems and make Easterbrook look like he is fixing things, said Richard Adams, a former McDonald's franchisee who now consults for current ones. "They'll try to paint this as altruistic," said Adams. "It's not as nice as it sounds." - REUTERS