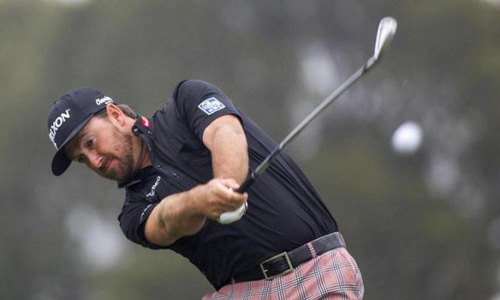 TEXAS - With next month's Masters in mind, Graeme McDowell withdrew from the opening round of the Texas Open in San Antonio after nine holes on Thursday because of a nagging left ankle injury. The Northern Irishman was five over par after battling strong gusting winds at the TPC San Antonio when he told his playing partners Dustin Johnson and Jim Furyk that he was pulling out of the PGA Tour event. "Apologies to everyone at @valerotxopen for my withdrawal," McDowell, whose only major victory came at the 2010 U.S. Open, tweeted. "Strained my lower left leg/ankle area practicing y/day and played with heavy strapping on it in the pro am and this morning. With The Masters upcoming I decided that getting fit is imperative. Don't like WDs." McDowell, 35, is scheduled to play in next week's Houston Open as his final tune-up event before the April 9-12 Masters, the first of the year's four majors. - REUTERS