McIlroy wants no acts of revenge from Paris fans in 2018 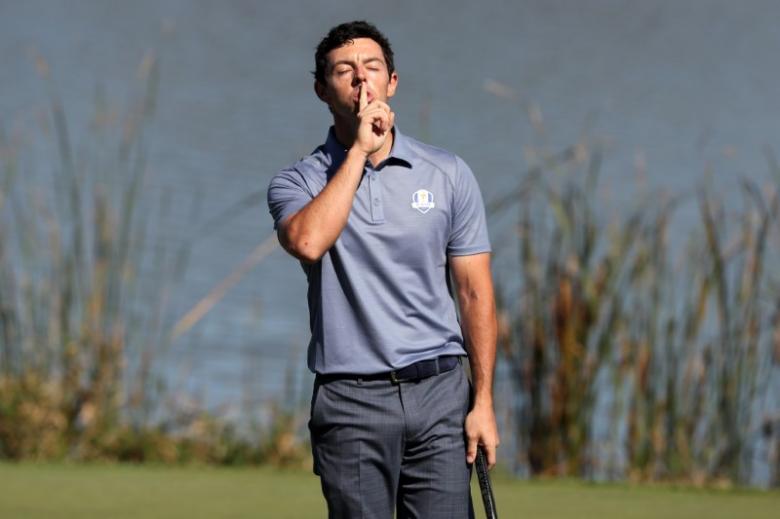 McIlroy wants no acts of revenge from Paris fans in 2018

CHASKA - Europe do not want the 2018 Ryder Cup crowd in Paris to take revenge for the minority of Hazeltine National fans who misbehaved during the Americans' 17-11 victory this week, said Rory McIlroy. The US galleries meted out plenty of heckling but the world number three and other members of the European camp were at pains to point out that the overwhelming majority of the spectators treated them well at the biennial team event. "We wouldn't encourage any sort of retaliation," McIlroy told reporters after losing a titanic singles battle against US talisman Patrick Reed by one hole. "That's just not who we are, that's not what we do. "We want to play this tournament in the manner in which it should be played. Between us, the 12 players, the vice-captains and the captain, and between the 12 players on the US team, it was played in the manner it should be played. "We have no problems with anyone on either team and, really, it's just a very small minority -- 95 percent of the people out there, the American galleries, are absolutely fantastic." McIlroy suggested that alcohol was the main reason for the occasional heckling. "At times it went a little bit too far," said the Northern Irishman. "But that's to be expected when you are teeing off at 7:45 in the morning, you're seeing people on the first tee with a beer and matches aren't finishing until 4:30, 5:00. "I know I would be done at that point, I don't know what I would be saying," laughed four-times major winner McIlroy. "A couple of people crossed the line but we'll take it on the chin. We'll move on and we'll definitely not encourage anything like that to happen in France next time around." McIlroy assumed the role normally taken on by Ian Poulter, who was injured this week, indulging in eye-popping, high-fiving, fist-pumping celebrations when things went well. The world number three was also at his hollering and shouting best against Reed but he acknowledged that perhaps he over-did the excessive reactions. "I think all the energy I expended, it sort of caught up with me on the back nine today," he said. "I wanted to take the bull by the horns ... go out there and lead by example ...I just ran out of steam on the back nine. "But this will galvanise us, it will make us stronger to come back in Paris." -Reuters