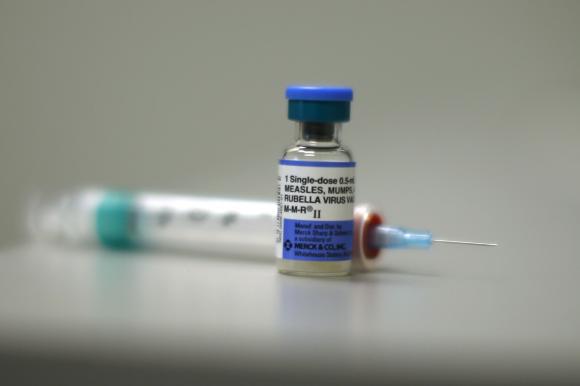 WASHINGTON (Reuters) - Describing the latest measles outbreak as "alarming," Dr. Margaret Hamburg, outgoing commissioner of the U.S. Food and Drug Administration, said on Tuesday that the measles vaccine "should be used by everyone who has not been vaccinated." Her comments, published in a blog post on the FDA's website, come as the United States battles a resurgence of the disease, driven by fears among some parents of an association between vaccines and autism - fears that experts say have no basis in science. Hamburg said vaccination is the single best way to prevent the spread of the disease. "Simply put, these vaccines are safe and effective, and serious side effects are rare," she said. This year more than 120 people across 17 states have been infected with measles, according to the Centers for Disease Control and Prevention. Last year, 644 cases were reported, the highest number since the disease was effectively eliminated from the United States in 2000. Before the measles vaccination program began in 1963, three to four million people were infected with measles each year, of whom 400 to 500 died, another 48,000 were hospitalized and others developed pneumonia, brain damage or deafness. "Let's not return to these grim statistics," Hamburg said.