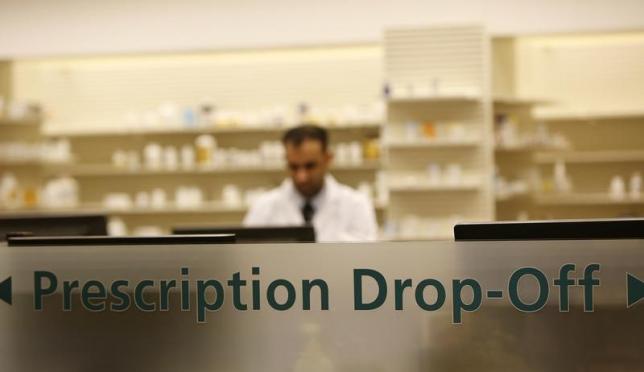 WASHINGTON – Children’s liquid medicines should only be measured in metric units to avoid overdoses common with teaspoons and tablespoons, US pediatricians say. Tens of thousands of kids wind up in emergency rooms after unintentional medicine overdoses each year, and the cause is often badly labeled containers or unclear directions, said Dr. Ian Paul, a pediatrician at Penn State Milton S. Hershey Children's Hospital and lead author of new metric dosing guidelines from the American Academy of Pediatrics (AAP). "Even though we know metric units are safer and more accurate, too many healthcare providers are still writing that prescription using spoon-based dosing," said Paul. "Some parents use household spoons to administer it, which can lead to dangerous mistakes.” For example, he said, accidentally using a tablespoon instead of a teaspoon would triple the dose. To avoid errors associated with common kitchen spoons, the guidelines urge that liquid medicines being taken by mouth should be dosed using milliliters (abbreviated as "mL"). Also, prescriptions should include so-called leading zeros, such as 0.5 for a half mL dose, and exclude so-called trailing zeroes, such as 0.50, to reduce the potential for parents to misunderstand the dosing. While the AAP has been pushing for more accurate dosing of children's medicines since the 1970s, the new guidelines are the most extensive call for metric dosing to date and are intended to reach drug manufacturers, retailers, pharmacists, prescribers and caregivers. "For this to be effective, we need not just the parents and families to make the switch to metric, we need providers and pharmacists too," said Paul. Manufacturers should eliminate labeling, instructions and dosing devices that contain non-metric units, the guidelines suggest. Cups or syringes provided with medicines should be labeled in metric units, and not be much larger than the maximum dose. Ideally, the drugs should be dispensed with syringes that have a flow meter because that's the most accurate way to measure liquid, said Robert Poole, director of the pharmacy at Lucile Packard Children's Hospital Stanford. Parents can put the syringe in the side of the child’s mouth and release the medicine slowly. “It's easier for the child to swallow and you know the dose you get into the child is accurate," said Poole, who wasn't an author of the guidelines. "Those little cups that come with the medicine should really only be used to pour out liquid that you then draw into an oral syringe." In addition, electronic health records should make it impossible for non-metric doses to be prescribed by clinicians or processed at pharmacies, the guidelines suggest. To avoid overdoses and errors, weight and body temperatures should also be recorded in kilograms and degrees Celsius rather than in pounds and Fahrenheit, said Lois Parker, a pediatric pharmacist at Massachusetts General Hospital in Boston. "Weight is a source of medication errors because if the parent reports the weight in pounds and we base the dosing on kilograms that can lead to the wrong dose," said Parker, who wasn't involved in the AAP guidelines. Among prescription drugs, narcotics present the biggest overdose dangers, said Dr. Brian Smith, a pediatrician at Duke University who wasn't involved in writing the AAP guidelines. Kids who are the sickest, who go home from the hospital with numerous medicines, are often the most vulnerable to errors as parents struggle to keep track of the dosing and timing for all of the drugs. For over-the-counter drugs, Smith worries the most about acetaminophen (Tylenol), because overdoses can lead to liver failure. It's also dangerous to give children a wide variety of nonprescription drugs at the same time, because they might accidentally get more than one medicine with the same ingredient, leading to unintended overdoses. "Kids do get overdosed; it happens in the hospital with all of these safeguards in place and it happens at home," said Smith. "Kids come to the emergency room with unintentional overdoses and they get sick and some kids die. Anything we do to reduce errors by making the dosing clearer will save lives." –Reuters