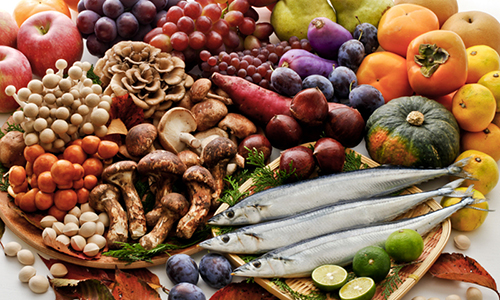 NEW YORK – Women who maintain an overall healthy diet may benefit from a slightly reduced risk of hip fractures later in life, according to a new U.S. study. Women who followed a Mediterranean-style diet were about three tenths of a percent less likely to break a hip over about 16 years, compared to women who didn't follow the diet, researchers found. Since the Mediterranean diet doesn't emphasize a lot of dairy, which is usually a good source of calcium and vitamin D, it's noteworthy that it doesn't actually boost the rate of hip fractures, said lead author Dr. Bernhard Haring, of the University of Wurzburg in Germany. A Mediterranean-style diet emphasizes fruits and vegetables, whole grains, nuts and legumes, lean meats, fish and healthy fats. Previously, the diet has been linked to better heart and brain health. Haring and colleagues analyzed data from more than 90,000 U.S. participants in the Women's Health Initiative study. The women entered the study between 1993 and 1998, at ages 50 to 79. Participants described their diets in a survey at the start, and researchers compared their eating patterns to four healthy diets: a Mediterranean-style diet, the Healthy Eating Index 2010, the Alternative Health Eating Index 2010 and the Dietary Approaches to Stop Hypertension (DASH). Over the next 16 years, participants suffered 28,718 fractures, including 2,121 hip fractures. Women who adhered closest to a Mediterranean diet were 0.29 percent less likely than women who didn't stick to the diet to break a hip, the authors reported in JAMA Internal Medicine. Overall, 342 women would need to adhere to a Mediterranean diet to prevent one hip fracture, the authors say. There was no link between a Mediterranean-style diet and a change in the risk of total fractures. Likewise, there were no ties between any other diets and a change in the risks of hip or total fractures. "The average woman should follow a healthy lifestyle which includes adopting a healthy dietary pattern . . . and being physically active," Haring told Reuters Health in an email. However, the study's findings should be interpreted cautiously, writes Dr. Walter Willett in an accompanying editorial. For example, women with higher diet quality also tended to be more active - and physical activity itself has also been linked to a reduced risk of hip fractures. "Whether the findings for fracture risk represent causation or confounding, strong evidence based on many long-term cohort studies and controlled feeding studies of intermediate risk factors provides support for a Mediterranean-type diet in prevention of cardiovascular disease and other important outcomes, including obesity, diabetes mellitus, colorectal cancer, and dementia," writes Willett, of the Harvard T.H. Chan School of Public Health in Boston. –Reuters