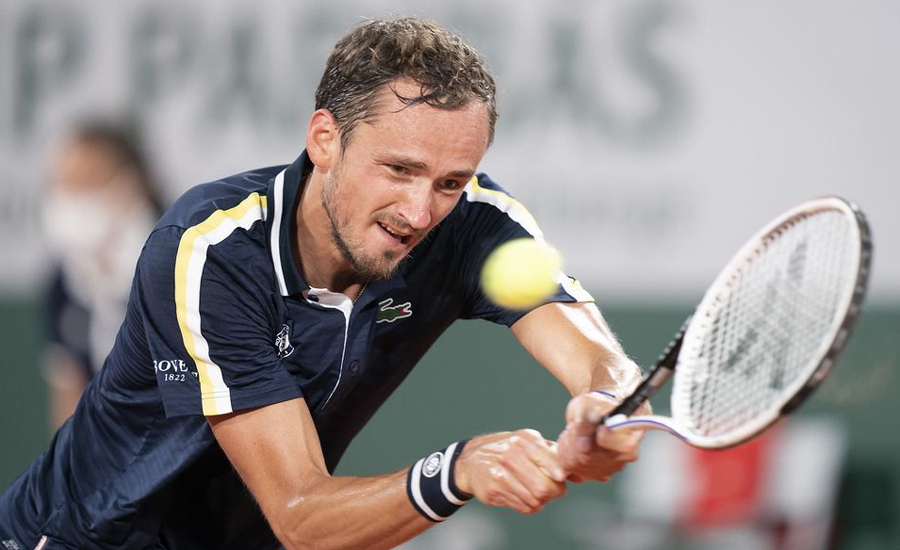 PARIS (Reuters) – World No 2 Daniil Medvedev overcame his past struggles on clay to reach the third round of Roland-Garros, and 23-time Grand Slam winner Serena Williams advanced after a second-set scare, as a debate over the complicated relationship between athletes and the media spilled over into another day of competition.

Players' media mandate was yet again under scrutiny as competitors voiced their support for Naomi Osaka but stopped short of publicly backing her press boycott. A reporter briefly lost his press credentials for stating he had logged on to a press conference with German Alexander Zverev from a supermarket.

Medvedev, who had a 0-4 record at Roland-Garros before this latest attempt, kept his bid alive with relative ease to set up a fourth-round clash with American Reilly Opelka, as Williams, who is gunning for a record-equalling 24th Grand Slam title, fired off five aces to down Romanian Mihaela Buzarnescu.

On the women's side, two-time Grand Slam winner Victoria Azarenka, 31, showed off her vast experience to take down Danish teenager Clara Tauson in straight sets, while third-seed Aryna Sabalenka defeated her fellow Belarusian Aliaksandra Sasnovich despite a bevy of unforced errors.

World No. 2 Daniil Medvedev overcame a slow start to win 3-6 6-1 6-4 6-3 over unseeded American Tommy Paul and advance to the third round, his best showing at Roland-Garros after being knocked out in the first round of the tournament in the four previous years.

Seventh seed Serena Williams was pushed the distance but beat Romania's Mihaela Buzarnescu 6-3 5-7 6-1 to move into the third round where the 39-year-old goes up against fellow American Danielle Collins.

"Trust me, I hate playing five sets. I don't do it on purpose," Nishikori said after a second straight five-setter which took his time on court at Roland Garros to just over eight hours.