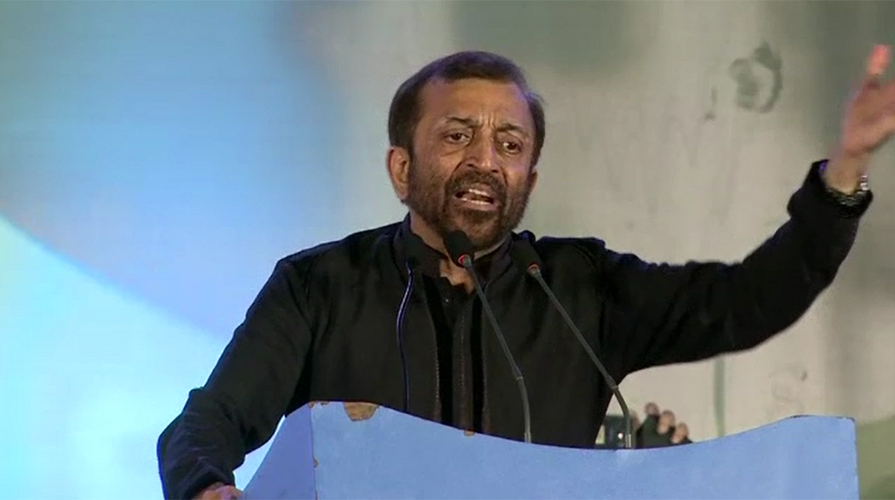 KARACHI (92 News) – MQM Pakistan chief Dr Farooq Sattar has said that the objective of the meeting is to silence those making tall claims. Addressing a big gathering at Nishtar Park on Friday, he said that the people have rejected those dividing the masses. “Yesterday Karachi was with the MQM and today it is with the MQM. Farooq Sattar said that the problems of Sindh’s urban population are being raised at each forum. “Pakistan and democracy will be strong when local bodies institutions will be strong. Nobody can stop the formation of 20 administrative units if institutions were not given power,” he said. He claimed that in 2018, the Sindh chief minister will be from the MQM. The MQM Pakistan chief announced that they will hold a meeting in January in Hyderabad and at Mazar-e-Quaid on March 23. MQM Pakistan leader Amir Khan said that now the situation had reached the extent that the people sitting in London are distributing the certificates of betrayal. Opposition Leader in the Sindh Assembly Khawaja Izharul Hassan said that the MQM grows with the force with which it is pressed. Khalid Maqbool Siddiqui, Faisal Sabzwari and Karachi Mayor Waseem Akhtar also addressed the participants.