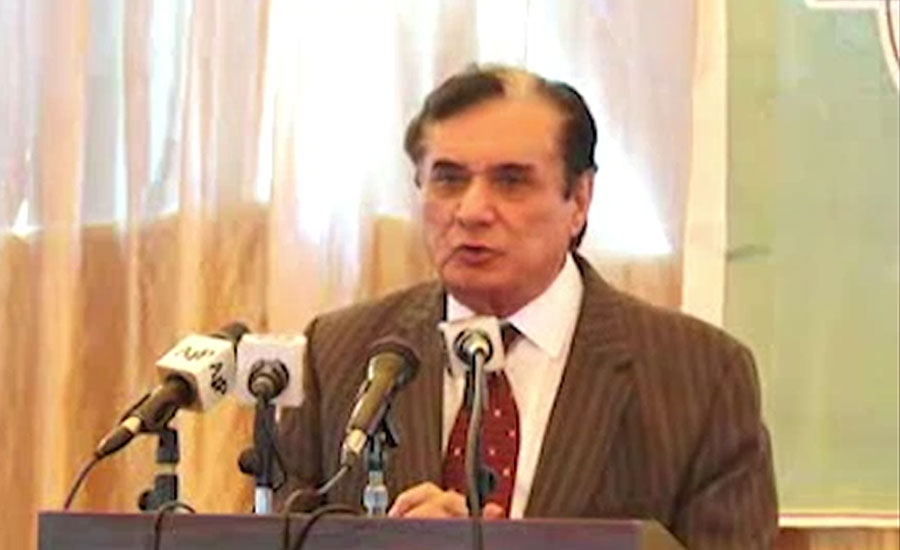 ISLAMABAD (92 News) – National Accountability Bureau (NAB) Chairman Justice (r) Javed Iqbal has said that the misappropriation in funds, plundering national wealth, misuse of authority and mega corruption cases are the top priorities. In a statement, the NAB chairman directed that the rapid actions should be taken against the people who have illegal sources beyond income and cheated state on the name of housing societies. Javed Iqbal termed that the recovery of Rs 297 billion by the accountability watchdog is a big recovery. He also said that the anti-graft watchdog approved 440 corruption references in a year. He informed that as many as 503 suspects were arrested in different cases. He said the accountability bureau received 44,315 complaints in a year. “After going through all the complaints, the institution began probe on 1703 cases.” The NAB chairman said 877 inquiries were held during last 12 months, while Rs 2600 million were recovered in 227 different investigations. He stated that investigations into misappropriation in funds, plundering national wealth, misuse of authority and mega corruption cases were the top priorities. Chairman NAB on several occasions reiterated that the bureau was working on ‘zero tolerance’ policy against corruption.

NAB won’t be part of any NRO

On Jan 10, Justice (r) Javed Iqbal said that the anti-graft watchdog had not given any National Reconciliation Ordinance (NRO) to anybody, and was not even part of it. Addressing to the ceremony in Lahore, the chairman the watchdog is an autonomous body and the current government never exerted pressure on it. “Even if such pressure comes NAB won’t bow down,” he added. He stressed that Prime Minister Imran Khan doesn’t enjoy immunity from anti-graft body’s probe. “If the leader of the opposition can face such probes then the premier also doesn’t have the immunity from NAB probe.”