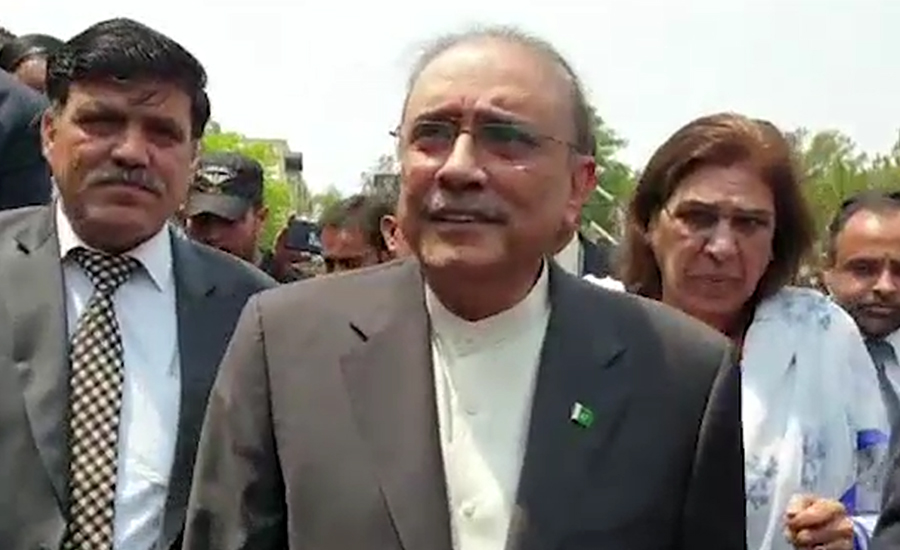 ISLAMABAD (92 News) – The accountability court adjourned the indictment of PPP co-chairman Asif Zardari and other accused in the mega money laundering and Park Lane reference till March 3. The court accepted Asif Zardari’s plea for exemption from appearance in court. On the other hand, Anwar Majeed could not be transferred from Karachi to Islamabad. On the other hand, a meeting of the senior leaders of the PPP will be held to discuss the issuance of notices to party chairman Bilawal Bhutto by the National Accountability Court (NAB).

The FIA had arrested 32 people in relation to money laundering from fictitious accounts, including Zardari and Talpur.  Zardari’s close aide Hussain Lawai was arrested in July in connection with the probe. The former president’s other close aide and Omni Group chairman Anwar Majeed a close aide and Omni Group chairman and his son, Abdul Ghani, were arrested by FIA in August. Over 20 ‘benami’ accounts at some private banks were opened in 2013, 2014 and 2015 from where transactions worth billions of rupees were made, according to sources. The amount, according to FIA sources, is said to be black money gathered from various kickbacks, commissions and bribes. M/s Park Lane Estate Company (Pvt) Ltd and others on the allegation of illegal transfer of land measuring 118K-14M of compartment No. 34 & 35 of Punjab Forest Department by CDA officials to M/s Park Lane Estate Company (Pvt) Ltd. According to Securities and Exchange Commission of Pakistan’s (SECP) record, Pakistan People’s Party (PPP) Chairman Bilawal Bhutto Zardari and former president Asif Ali Zardari are 50 per cent shareholders of M/s Park Lane Estate Co (Pvt) Ltd. During the course of investigation, it was revealed that the revenue officers, in connivance with CDA officers, on application from M/s Park Lane Estate Company (Pvt) Ltd, illegally extended undue benefit to M/s Park Lane Company (Pvt) Ltd through demarcation and handing over possession of 118K-14M forest land. The revenue officers, in order to extend an illegal favour to M/s Park Lane, forged and tampered the revenue record while on the other hand, the CDA officers, by misusing their authority, handed over the possession of the state land to M/s Park Lane Estate.