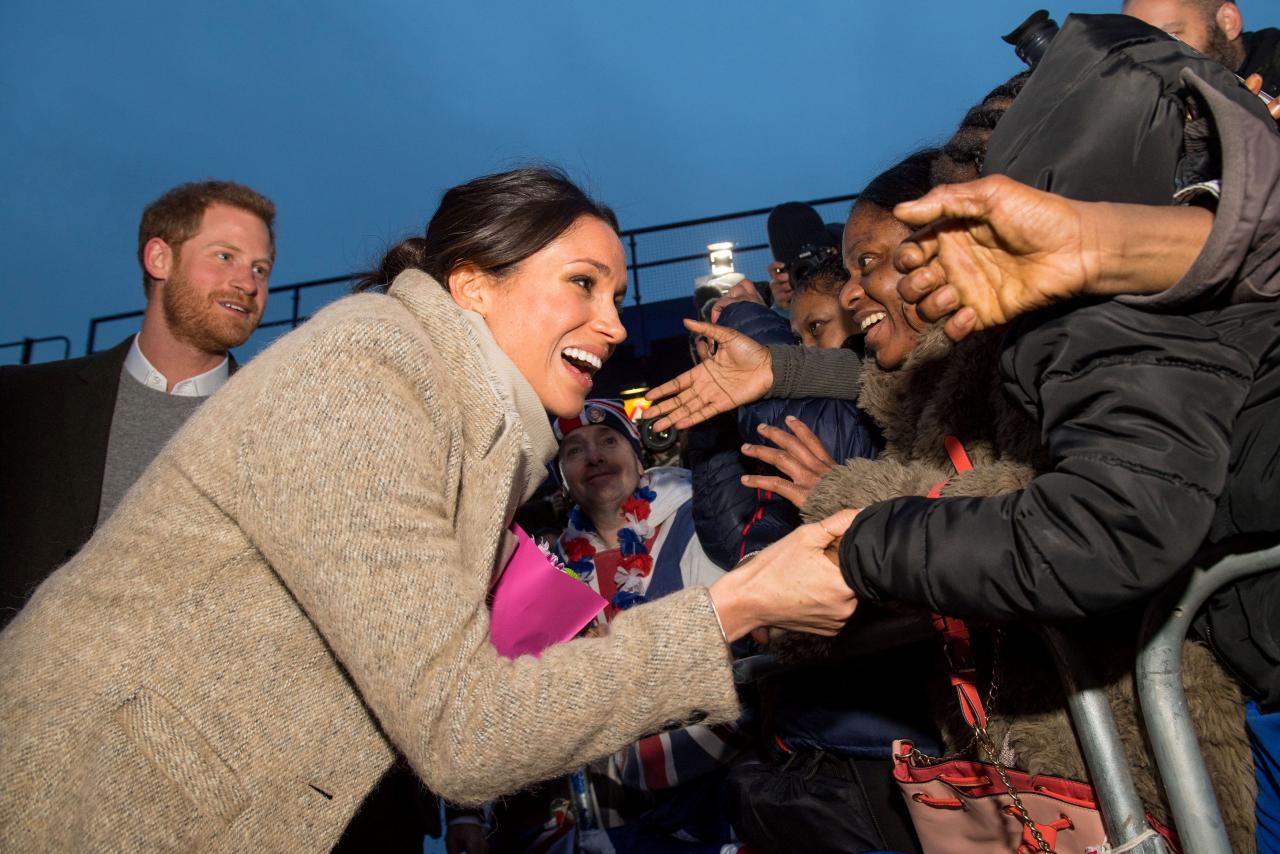 LOS ANGELES (Reuters) - With a choreographed dance routine and plenty of British and American flags, students at the Los Angeles school attended by American actress Meghan Markle saluted their most famous alumna , days before she is to wed Britain’s Prince Harry. Students at the private all-girls Catholic Immaculate Heart High School and Middle School gathered in a grassy courtyard in the shadow of the famed white Hollywood sign to toast Markle with glasses of sparkling lemonade and roar with approval. Many students said they were inspired by Markle, who has described herself as an activist, humanitarian and feminist. “Just the fact that she’s done so many great things in our world and that now she’s marrying Prince Harry - marrying a prince from a different country, and she’s not royal, it’s, like, such an honor to do that,” said Ashley Stoneburner, 12, in the sixth grade. Markle, 36, graduated from Immaculate Heart in 1999. The independent school of about 670 total high school and middle school students was founded in 1906, and boasts actress Mary Tyler Moore and supermodel Tyra Banks as graduates. Harry, 33, Queen Elizabeth’s grandson and the sixth-in-line to the British throne, and Markle will marry on Saturday at St George’s Chapel in Windsor Castle. “To know that I would have a fellow sister who’s going in to the Royal Family, who’s an advocate for women’s rights, it really shows that what we learn here really does carry out into the real world, and so I’m really happy about that,” said Amber Creasey, an 18-year-old in the twelfth grade originally from London. Although the school’s hillside setting of neatly kept grounds, green lawns and an open air pool could be seen as an emblematic Southern California idyll, students had more pragmatic thoughts on whether they could become a princess, too. “I know that I’m not going to marry a prince, although all the princes are too young, but it makes me feel like, as a woman, I can do anything and I can be empowered by Meghan,” said seventh grader Amina Brenlini, 13. “She’s, right now, my biggest inspiration because she started from, like, she started from low and worked her way up, and now she’s marrying a prince of England,” Brenlini added.