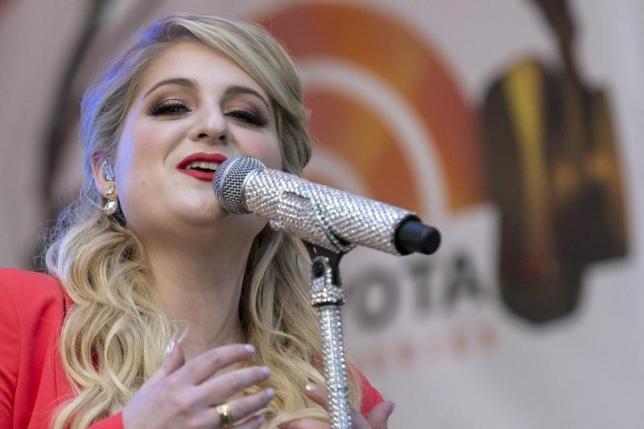 LOS ANGELES -  US singer Meghan Trainor canceled the remainder of her "MTrain Tour" on Tuesday after suffering a hemorrhaged vocal cord. Trainor, 21, who broke out last summer with the body-positive song "All About That Bass," said she will be undergoing surgery. "I have hemorrhaged my vocal cord again. I got bronchitis & have been coughing a lot & that pushed it over the edge," she said in an Instagram post. Trainor's tour, supporting her debut album "Title," kicked off in St. Louis in July and was scheduled to continue into September with stops including Nashville, Atlanta and Chicago. The singer had previously canceled performances in July due to vocal cord issues. Trainor rocketed to the top of the US pop charts last year with "All About That Bass," which also earned her two Grammy nominations. The accompanying music video is one of the most-watched videos on YouTube, with more than 970 million views. - REUTERS