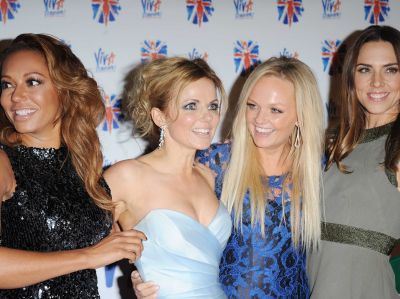 NEW YORK - Pop singer turned television talent show judge Mel B has hinted at a possible Spice Girl reunion, saying she would like to "gather the troops" to mark the 1990s group's 20th anniversary next year. The band, whose popularity endures 15 years after its break-up, stormed the charts with debut single "Wannabe" in 1996 and went on to sell more than 80 million records worldwide. "When you say it's our 20th anniversary coming up, it does make you think, 'Oh my gosh it really has been that long'," Mel B, whose real name is Melanie Brown, said on the U.S. television "Today" show on Thursday. "Hopefully we'll gather the troops around and we'll get to do something to celebrate it next year ... Well, it's in my plan. I don't know about anybody else's." Mel B, who was known as Scary Spice; Victoria Beckham - Posh Spice; Emma Bunton - Baby Spice; Geri Halliwell - Ginger Spice; and Melanie Chisholm - Sporty Spice reunited briefly for the 2012 London Olympics to perform a medley of their songs. Mel B is now a judge on U.S. television show "America's Got Talent", whose 10th season she promoted on the viewing terrace of New York's towering Empire State Building later on Thursday. "I've done Broadway, I've done theater, I've produced my own music, I've done touring with the Spice Girls so I know what it feels like to be a well-rounded entertainer, or I like to call myself that," she told Reuters. "I like to be able to give constructive criticism from a place where I know I've been there." - Reuters