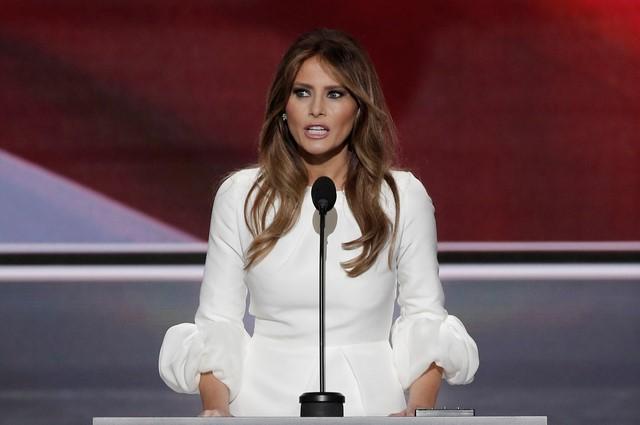 WASHINGTON - Melania Trump, the wife of US Republican presidential nominee Donald Trump, sued the Maryland-based publisher of the Daily Mail Online and a blogger over stories about her past she believes were "tremendously damaging," her attorney said in a statement. Late Thursday, the Daily Mail retracted a story in a posting on its website. "To the extent that anything in the Daily Mail's article was interpreted as stating or suggesting that Mrs. Trump worked as an 'escort' or in the 'sex business'... is hereby retracted, and the Daily Mail newspaper regrets any such misinterpretation. A Daily Mail story last month cited a Slovenian magazine's report that a modeling agency that Trump worked with in New York in the 1990s also served as an escort business, linking wealthy clients with women for sexual services. Trump had notified the British newspaper and other news organizations on Aug. 22 that she would take legal action, Trump's attorney, Charles Harder, said in an email at the time, calling the reports "outright lying." "These defendants made several statements about Mrs. Trump that are 100% false and tremendously damaging to her personal and professional reputation," he said in a statement on Thursday. The lawsuit was filed in state circuit court in Montgomery County, Maryland. The lawsuit alleges that the Maryland blogger, Webster Griffin Tarpley, published "false and defamatory statements" about Trump, including that the former model had suffered from "a full-blown nervous breakdown." "Defendants’ actions are so egregious, malicious and harmful to Mrs. Trump that her damages are estimated at $150 million dollars," her lawyer's statement said. Tarpley said in a statement that the lawsuit is "without merit." "We are confident that Mrs. Trump will not be able to meet her high burden of proving the statements published about her on my website were defamatory in any way," he said. Trump, who now has her own jewelry line, was born in Slovenia and moved to the United States in the 1990s. She married Donald Trump, the Republican presidential nominee for the Nov. 8 election, in 2005. -Reuters