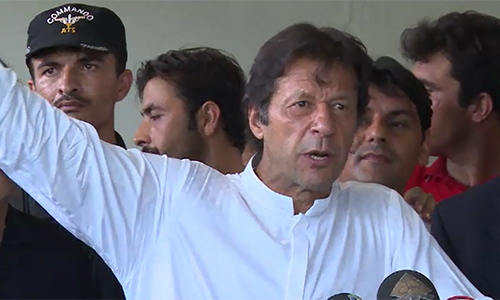 ISLAMABAD (92 News) – PTI chairman Imran Khan has said that the membership of a worker making the party’s internal matters public will be suspended. Talking to the media after visiting the Election Commission office on Tuesday, he announced that presenting of reservations in the media will be considered violation of discipline. He challenged the government to accept their resignations. The PTI chairman said that they had come to the assembly on the invitation of Ishaq Dar and they were taunted in the presence of Nawaz Sharif. “Altaf Hussain has sought help from India. How are his party people opposing the PTI?” he questioned. He also criticized JUI-F chief Maulana Fazlur Rahman.