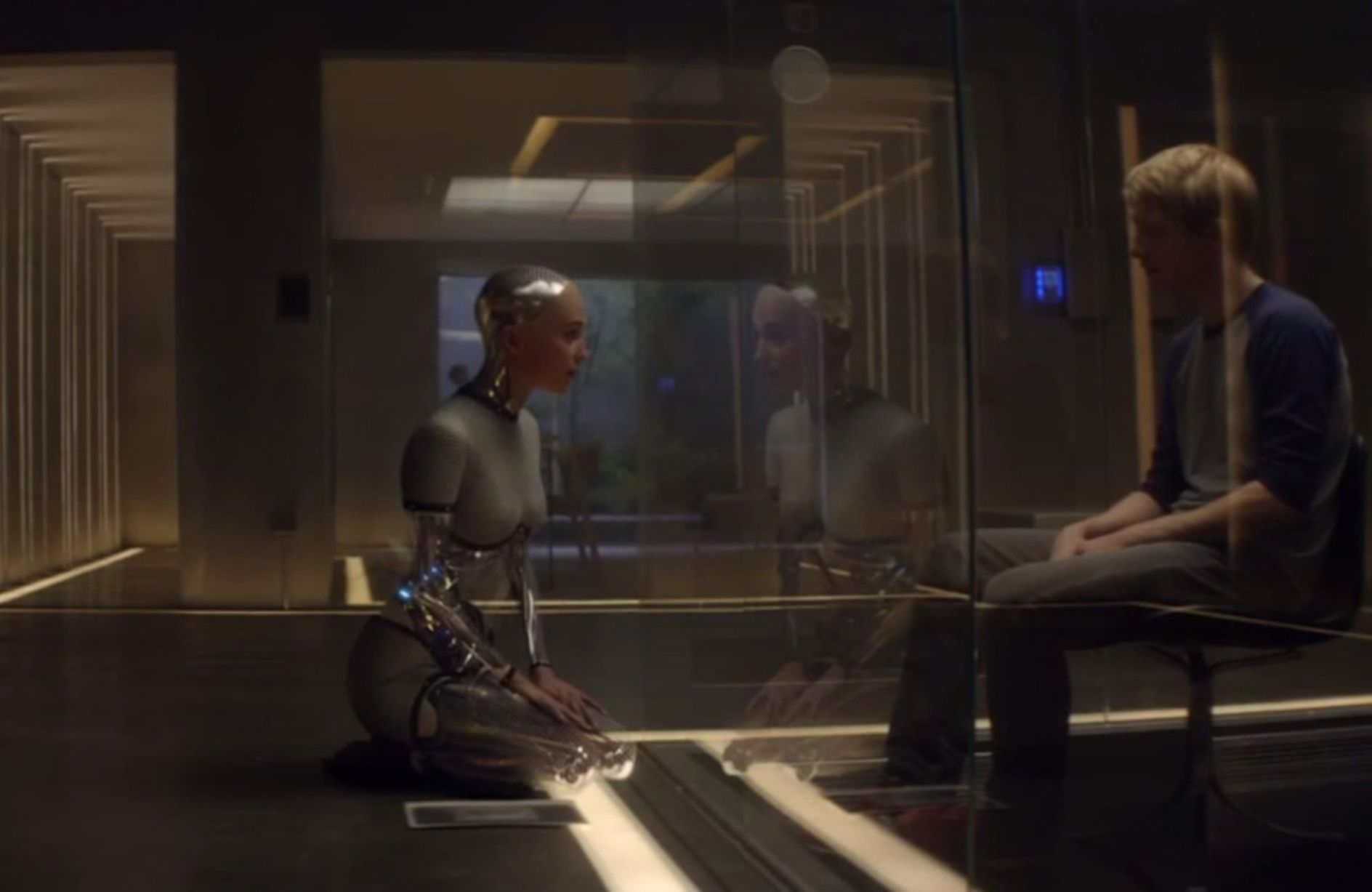 AUSTIN, TEXAS - A reclusive technology millionaire, a naive young programmer and a beautiful, artificially intelligent robot take on a twisted exploration into the age-old debate of man versus machine in the new film "Ex Machina." Out in US theaters on April 10, the film is the work of first-time director and novelist Alex Garland and three up-and-coming actors, two of whom - Oscar Isaac and Domhnall Gleeson - went from "Ex Machina" to the set of the hotly anticipated "Star Wars" film. Isaac plays arrogant CEO Nathan, who through a contest, selects his employee Caleb (Gleeson), to join him in his reclusive fortress to test an invention - a cyborg with a human face and artificial intelligence (AI). The goal is to see if the cyborg Ava, played by Swedish actress Alicia Vikander, demonstrates evolving intelligence, even if it is artificial. "What's most interesting about trying to figure out AI is the questions that it forces you to ask about the nature of consciousness," Isaac told Reuters at the South by Southwest Festival (SXSW) where the film had its premiere. As Caleb tries to determine Ava's intelligence, he finds himself drawn to her as she flirts with him and tells him not to trust the short-tempered Nathan. For Gleeson, Garland "does not see the film as being anti-AI, or as being totally warning against the nature of what AI is." Rather, it delves into the complexity of man's relationship to technology. Variety called Garland's debut "a sleek, spare chamber piece: Mary Shelley's 'Frankenstein' redreamed as a 21st-century battle of the sexes." Having bonded over what Gleeson said was a "really tough" shoot due to the characters' heightened tensions, the actors were pleased to find each other filming Walt Disney's "Star Wars: Episode VII - The Force Awakens." "It was really nice...seeing Oscar there because I didn't know who was going to be there," said Gleeson. The Star Wars film slated for December is so entrenched in secrecy that cast members are forbidden to talk about it. But Isaac did say that co-star and franchise veteran Harrison Ford, who plays Han Solo, gave him advice on simulating space flight. "He said 'I didn't really know how to fly back then, I was just flying around, just faking it, it's in space, you don't really need to know how to do it,'" Isaac said. - Reuters