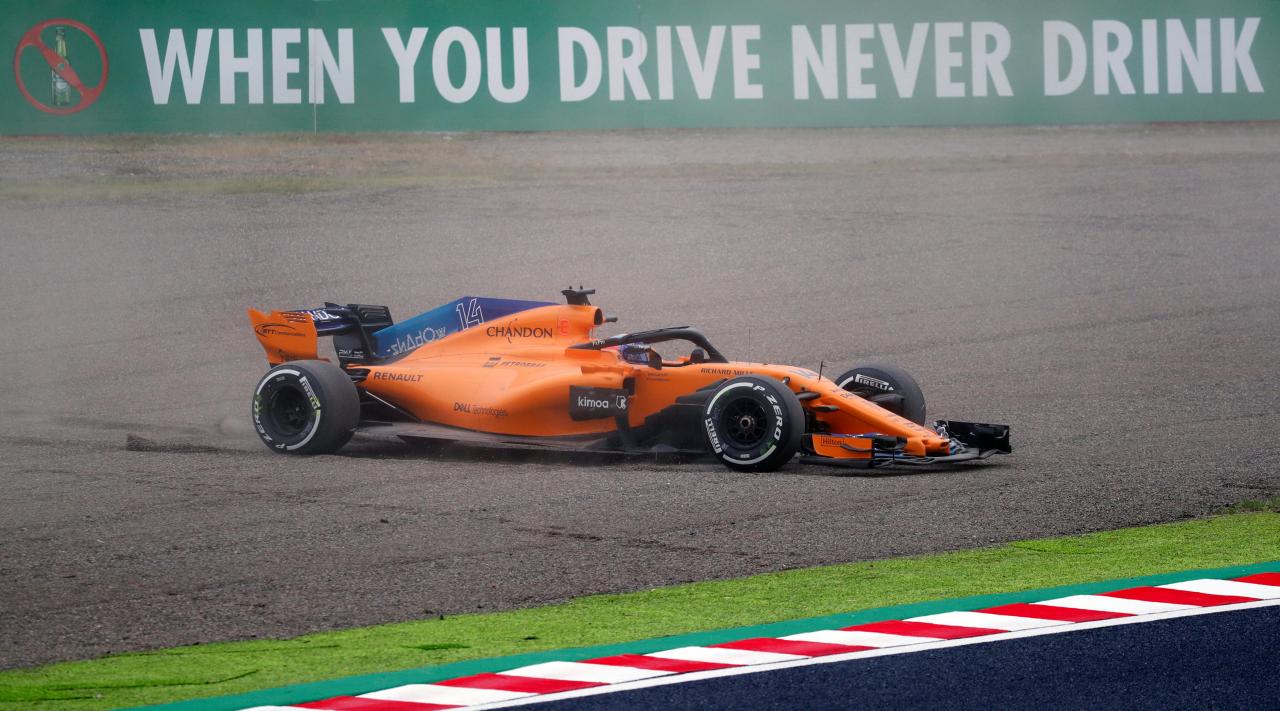 SUZUKA, Japan (Reuters) - Formula One championship leader Lewis Hamilton topped the timesheets ahead of team mate Valtteri Bottas as Mercedes dominated the opening practice session for the Japanese Grand Prix on Friday.
The Briton lapped the 5.8-kilometre Suzuka circuit in one minute, 28.691 seconds on the yellow-marked soft tyre, going 0.446 seconds faster than Bottas, who set his quickest time on the slower medium tyre. Hamilton was nearly a second quicker than title rival Sebastian Vettel, who could manage no better than fifth despite running the grippiest super-soft tyres on his Ferrari. The German, who heads into Sunday’s race 50 points behind Hamilton, ran into traffic on his quickest lap and is sure to find more time. Daniel Ricciardo set the third-fastest time in his Red Bull ahead of Vettel’s Ferrari team mate Kimi Raikkonen. Max Verstappen was sixth in the other Red Bull with Frenchman Esteban Ocon taking ‘best of the rest’ honours with seventh for Force India. Romain Grosjean was eighth for Haas while Charles Leclerc, making his first appearance at Suzuka, ending the session ninth. His team mate Marcus Ericsson rounded out the top 10. Briton Lando Norris, set make his Formula One debut next season with McLaren, stood in for departing Belgian Stoffel Vandoorne during the opening 90-minute session and ended bottom of the timesheets in 20th. Pierre Gasly was an impressive 11th in his Honda-powered Toro Rosso. The Japanese manufacturer is hoping for a happy homecoming this weekend, having brought upgraded engines. Fernando Alonso had a scare during the overcast but dry session, the Spaniard losing control of his McLaren and sliding off into the gravel. Hamilton had a close call himself, jinking hard to avoid Gasly’s Toro Rosso and taking the escape road at the final chicane after the Frenchman appeared to back off on the racing line. Hamilton heads into the weekend having won five of the last six races with only five more — including Sunday’s round — remaining.