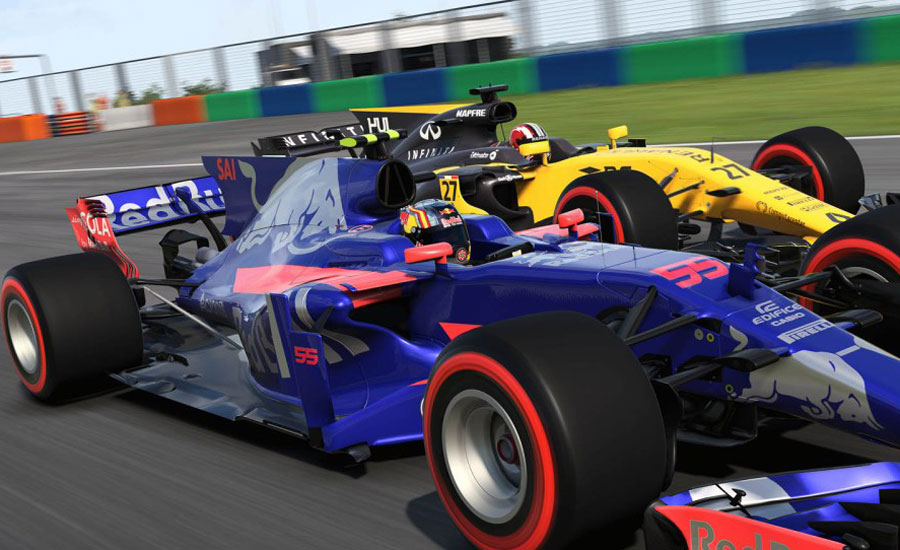 LONDON (Reuters) - Formula One’s virtual world championship reflected the real one with Mercedes dominating the esports series and British gamer Brendon Leigh celebrating his fourth victory in six races. Leigh, last year’s inaugural F1 esports champion before teams got involved, won on the Le Castellet and Silverstone layouts to stretch his lead to 43 points. The 19-year-old had triumphed on the Australian and Chinese circuits earlier in the month. Hungarian team mate Daniel Bereznay won the Belgian race as Mercedes went unbeaten through the second leg of the series at London’s Gfinity Arena. Mercedes, who celebrated Lewis Hamilton’s fifth world championship last weekend and are also heading for a fifth successive constructors’ title, now have 208 points to Toro Rosso’s 137 in the virtual team standings. There was also some virtual controversy with Leigh and Toro Rosso’s Frederik Rasmussen clashing at Le Castellet, with the Dane pushed wide and Leigh handed a five second penalty that was reversed on appeal. “You can’t force a driver off the road like that,” commented former F1 driver turned pundit Jolyon Palmer. “I think you got away with that one Brendon.” Rasmussen, the only non-Mercedes driver to have won a race so far and second overall, was not amused: “It should have been a penalty for sure, I’m not a fan of dirty driving.” Some finger-wagging followed from Leigh after the second race, with Rasmussen runner-up after another close battle. “I wasn’t personally happy with how I performed,” Leigh told Reuters. “I feel the incident with Freddy wasn’t correct and was highly avoidable. So I was a bit upset about that.” Wednesday’s event was attended by Britain’s Lando Norris, the teenager who debuts for McLaren in Formula One next year, Formula E champion Jean-Eric Vergne and Red Bull team principal Christian Horner with F1 managing director Sean Bratches. “I’ve heard so much about esports I thought it was about time I came to find out what it’s all about,” said Horner. “What I’ve seen of the racing has been great. It’s obviously a lot cheaper when the drivers crash and the engines don’t tend to break down,” added the Briton. “It’s something the next generation of Formula One drivers are getting into and I don’t think it will be long before we see a Formula One grid taking part in this as well.” Norris, one of that generation, agreed it was good racing. “Maybe you don’t want it too realistic because you don’t want to be stuck behind a car losing downforce and never overtaking,” he told Reuters. “I guess in some ways they are able to follow closer than you can in a real car, which is better. This is what we want in real life, to be able to follow cars this closely and having racing like this.” The final four races will be held in London on Nov. 16-17 with a total prize fund of $200,000. Double points — an experiment tried and abandoned by Formula One in the real world — will be available from the closing race on the virtual Abu Dhabi circuit.