Merkel to push for EU unity on delicate Poland trip 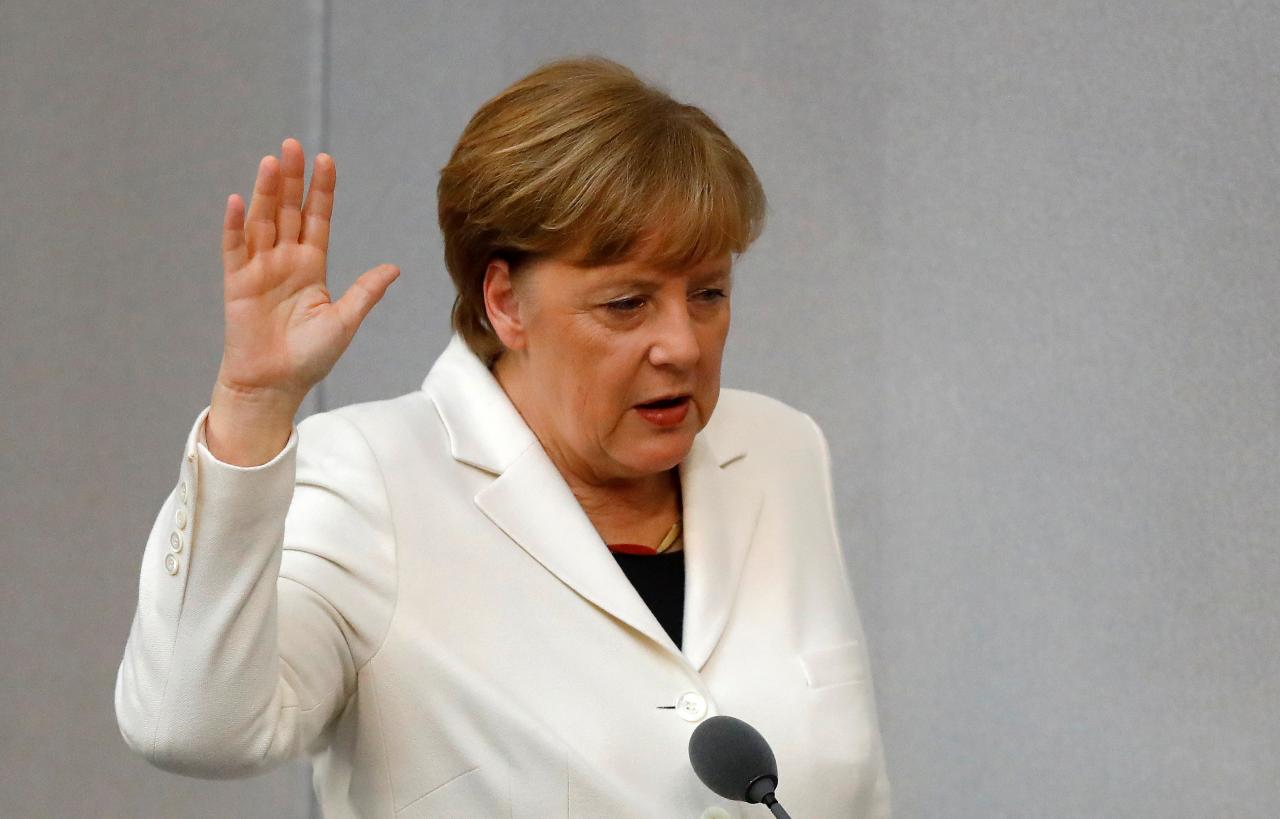 Merkel to push for EU unity on delicate Poland trip

BERLIN (Reuters) - German Chancellor Angela Merkel will emphasise bilateral ties and the need for European unity when she meets with top Polish officials, amid ongoing differences between the allies over Polish judicial reforms, migration and a new gas pipeline.

Merkel will meet with Prime Minister Mateusz Morawiecki and President Andrzej Duda on Monday, using her second foreign trip since being sworn in for a fourth term to highlight Germany’s commitment to the former Soviet bloc member at a time of heightened tensions with both Russia and the United States.

The German leader must pull off a delicate balancing act - reassuring Poland about Berlin’s commitment to NATO military spending targets and enlisting its backing for the European Union, without backing away from EU core principles that have been challenged by Poland’s sweeping judicial changes.

The stakes are high, given concerns that gains by anti-migrant parties in Austria and Italy could exacerbate tensions between Brussels and central European countries such as Poland.

The gas pipeline “North Stream 2 will be one of the important issues on this meeting agenda, as well as the future of the European Union, the EU future budget and many other issues,” he said.

The pipeline would ship Russian gas to Germany, avoiding transit through Ukraine. It has Germany’s approval, but Poland has urged that Western sanctions be imposed on it.

“Merkel has the chance to make clear to the Polish government that Europe’s democrats must stand together against Putin and Trump, also for the sake of Poland,” said Franziska Brantner, foreign policy spokeswoman for the German Greens.

The two men urged the revival of the Weimar Triangle, a platform of political cooperation between Germany, France and Poland created in 1991. Foreign ministers from the three countries last met in Weimar in August 2016.

“The visit of Chancellor Merkel shows that Germany cares about good relations with Poland,” said Michal Baranowski, head of the Warsaw office of the German Marshall Fund. “(It) shows a desire at the highest level to fix the relationship.”

Ties between Germany and Poland have grown increasingly strained since the since the nationalist conservative Law and Justice Party (PiS) came to power in Warsaw in 2015, with Berlin rejecting calls by PiS for German war reparations.

The two countries are also at odds over the North Stream II gas pipeline project and Poland’s refusal to take in asylum seekers under an EU-wide quota system.