Merkel, Xi agree to work on steel overcapacity within G20 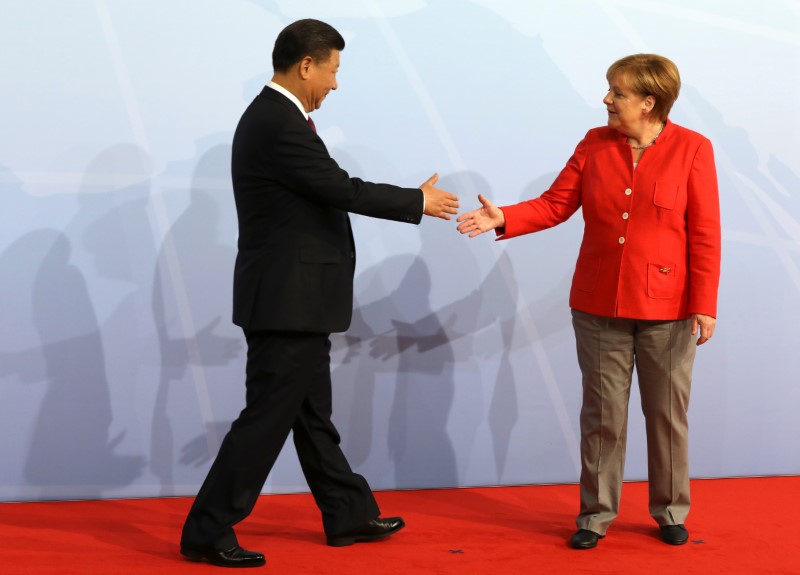 Merkel, Xi agree to work on steel overcapacity within G20

In a telephone discussion, the two newly reelected leaders emphasized close ties between the two countries, both facing planned US steel and aluminum tariffs, and agreed to deepen their strategic partnership, Steffen Seibert said in a statement.

They also underscored the importance of multilateral cooperation on global trade, a pointed response to an accelerating shift away from multilateral action and institutions by the United States under President Donald Trump.

Chinese state news agency Xinhua said Xi told Merkel that the two countries should “become advocates for new-type international relations” and become cooperation partners despite their ideological differences, with cooperation to be pushed forward within the framework of the Belt and Road initiative.

“China-Germany relations will steadily proceed far as long as they adhere to equality and mutual respect, understand and care for each other’s core interests and major concerns, and properly control and handle their differences,” Xinhua said, attributing the comments to Xi.

US officials have said they will seek to work with “like-minded” countries at the Group of 20 finance leaders meeting early next week in Argentina to push back against China’s state subsidies and investment policies.

Merkel and Xi “discussed the problem of global overcapacities in the steel market and backed continued efforts to work toward solutions in the framework of the G20 Global Forum (on Steel Excess Capacity),” Seibert said, referring to a body initiated at the G20 summit in Hangzhou, China, in 2016.

“In this regard, they emphasized the importance of close multilateral cooperation on trade,” he said.

Trump has criticized both Germany and China for their trade surpluses with the United States since taking office in 2017.

Merkel on Saturday said Germany’s trade surpluses were narrowing due to rising domestic demand, and the government would continue to try to support that trend.

German Economy Minister Peter Altmaier will visit Washington this week to press for an exemption from US steel and aluminum tariffs as part of a broad push by the European Union to reverse the US sanctions.

German Finance Minister Olaf Scholz will discuss the issue at the G20 meeting in Argentina with US Treasury Secretary Steven Mnuchin.

Merkel said on Friday the planned US tariffs violated the principles of the World Trade Organization and the dispute should be resolved via talks if possible.