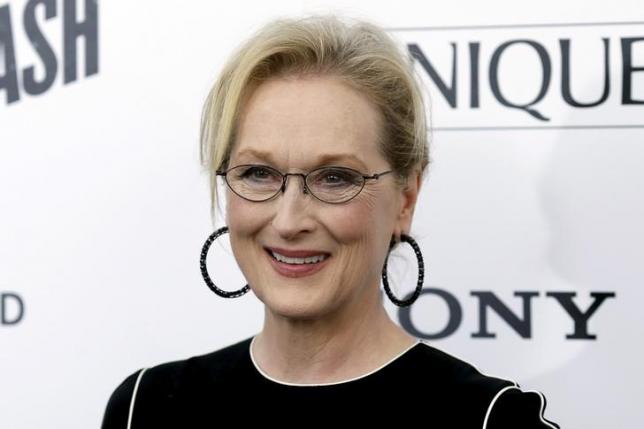 NEW YORK - Multiple Academy Award winner Meryl Streep brings her inner rock star to the screen in "Ricki and the Flash", playing a bar musician who left her family to follow her rock and roll dream. The Hollywood actress portrays Ricki who now returns home to help her daughter Julie, played by Streep's real-life daughter Mamie Gummer, through a tough period. Although Streep has sung on camera before, in films such as "Mamma Mia", the actress said she only feels confident doing so for the movies. "They are different, you know. Every character is different, everyone of these times that I've sung, they don't really sound like each other because they are different women," Streep told reporters at the film's premiere on Monday night. "I don't think I have the nerve to get up in front of people myself and sing but ... give me a character and I'll sing." Streep learned how to play guitar for the film, in which she performs alongside singer and actor Rick Springfield. "Every weekend this August he's filling stadiums across the country so I had to really learn how to play and how to earn the right to be on stage with these great musicians," Streep said of Springfield. The actress came to the premiere in New York with Gummer and the two posed for pictures together. "I'm doing every movie from now on with my daughters," she joked. "Ricki and the Flash" opens in US cinemas on Friday. - REUTERS