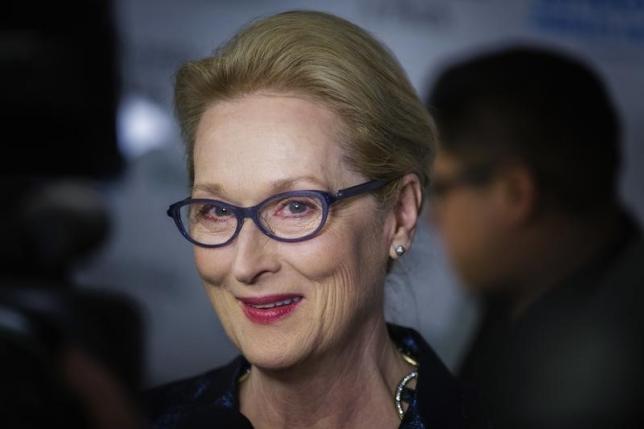 NEW YORK - US actress Meryl Streep is among the funders of a new initiative to support women screenwriters in a film industry dominated by men. The Writers Lab, run by New York Women in Film and Television (NYWIFT) and announced at the Tribeca Film Festival, will provide mentorship to eight women screenwriters over the age of 40 at a location in upstate New York in September. Screenwriters Kirsten Smith (Legally Blond, Ten Things I Hate About You) and Gina Prince-Bythewood (The Secret Life of Bees, Beyond the Lights) are among the mentors. Streep, who was credited with "generous support" of the initiative by NYWIFT, has long championed women's rights. A study released in January by the San Diego State University's Centre for the Study of Women in Television and Film found that there are still few women working behind the camera in Hollywood's top-grossing films. Seventeen percent of key off-screen figures - which includes directors, writers, producers, executive producers, editors and cinematographers - were women in 2014, the study found, a 1 percentage point rise from 2013 but unchanged from 1998. Last year, the head of the jury at the Cannes film festival screenwriter-producer-director Jane Campion criticised the lack of women directors in the film industry, saying it is "undemocratic." "I think you'd have to say there's some inherent sexism in the industry," she said. - Reuters