Messi more determined than ever to win with Argentina 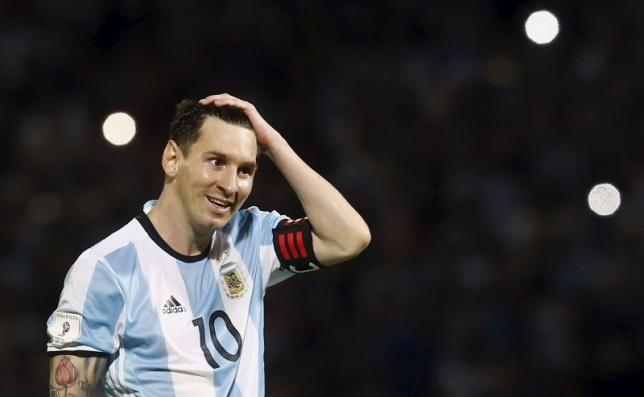 Messi more determined than ever to win with Argentina

CALIFORNIA - Argentina's Lionel Messi has unfinished business going into the Centenary Copa America that is being staged in the United States with the Barcelona star keen to help his nation capture a first major title in 23 years. After finishing runners-up at the 2014 World Cup in Brazil and at last year's Copa America in Chile, Argentina are favourites to lift the Copa America for the second time in their history and first since 1993. "This Copa America is a very special tournament for me and more so after losing last year's final. That is why I want to win it for Argentina," Messi, whose 37 goals in 45 appearances were key to Barca's La Liga and King's Cup double winning campaign in 2015-16, said to El Mundo Deportivo. The Argentina captain hurt his back in an international friendly against Honduras on May 27 and is unlikely to start on Monday in his country's opener against Chile at the Levi's Stadium in Santa Clara, California. He has reassured his fans, however, that the injury is not serious. "I feel better," he said. Coach Gerardo Martino was not at the helm of Argentina at the World Cup but did hold the reins last year when they lost 4-1 on penalties to Chile. That result led La Nacion newspaper to write at the time: "It seems a nightmare without end, a curse that never ends. The national team continues without winning a title and it's already 22 years." Argentina also take on Panama and Bolivia in Group D. They will rely heavily on five-times World Player of the Year Messi, who has scored 50 goals in 107 appearances for his country and will play in his seventh major tournament with the national team. The 28-year-old forward goes into the Copa having to put a difficult week behind him. Messi had to travel to Spain last week to testify in a Barcelona court regarding his trial for alleged tax evasion. -Reuters