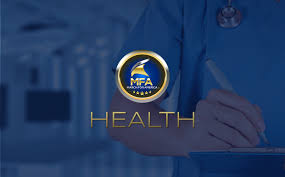 (Reuters Health) - Opioid addicts with criminal histories may be less likely to die of overdoses or other causes during periods when they’re in methadone treatment programs, a Canadian study suggests. The study involved 14,530 people with criminal convictions who had been prescribed methadone in British Columbia. Researchers collected data from 1998 to 2015; during that time, 1,275 study participants died. Half the participants stayed in the study for at least seven years. Overall, people were 59 percent less likely to die of so-called external causes like overdoses, injuries, poisoning, falls, and assaults during periods when they were in methadone treatment than at other times, the study found. During treatment periods, they were also 73 percent less likely to die of natural causes like chronic health problems or acute illnesses. “Deaths related to overdose were one third as likely when patients were on methadone, and deaths from infectious diseases were one fifth as likely,” said senior study author Julian Somers of Simon Fraser University in Burnaby, British Columbia. “When people aren’t taking methadone then they are probably using other opiates, with unknown purity and in forms that deliver faster effects and at higher doses, increasing the risk of overdose,” Somers said by email. Amid a worsening opioid epidemic in North America, individuals with criminal histories are among the most vulnerable to overdose deaths, researchers note in PLOS Medicine. Even when they’re not incarcerated, they often have limited access to addiction treatment and methadone programs. Somers and colleagues examined data on prescriptions, convictions and deaths from all causes. The annual death rate from all causes was roughly 11 fatalities for every 1,000 participants. The study wasn’t a controlled experiment designed to prove whether or how methadone treatment might reduce the risk of death from overdoses or other causes. It’s also possible that results might look different outside of Canada in countries without universal health care, or in people without criminal histories. Still, it’s possible that methadone treatment protected against deaths from causes beyond just overdoses because of the numerous ways substance programs can impact people’s day-to-day lives, said lead study author Angela Russolillo, also of Simon Fraser University. For people with criminal histories, treatment might reduce their risk of infections, homelessness, and criminal behavior. “Individuals with criminal histories often come from marginalized backgrounds, are suffering from a number of complex health and social challenges, with increased rates of mortality unrelated to drug use,” Russolillo said by email. “Methadone may serve as a small piece of the puzzle to improving survival outcomes among this, or similarly marginalized, populations.” Methadone occupies the same opioid receptors sites in the brain as heroin and other opioids and this makes the effects of using other opioids less rewarding, noted Wayne Hall, author of an accompanying editorial and a substance abuse and addiction researcher at the University of Queensland in Australia and Kings College London in the UK. Regular methadone doses also prevent withdrawal symptoms, which might in turn make people less likely to seek heroin or other illegal drugs, Hall said by email. “This enables them to live more stable lives and take advantage of opportunities for rehabilitation, e.g., treating depression, obtaining employment, etc.,” Hall said. “These programs also allow patients to have other conditions properly treated (e.g., hepatitis B and C and HIV/AIDS, depression, etc.) and they enable patients to improve their diet and lifestyle and reconnect with friends and families which improves their mental health.”