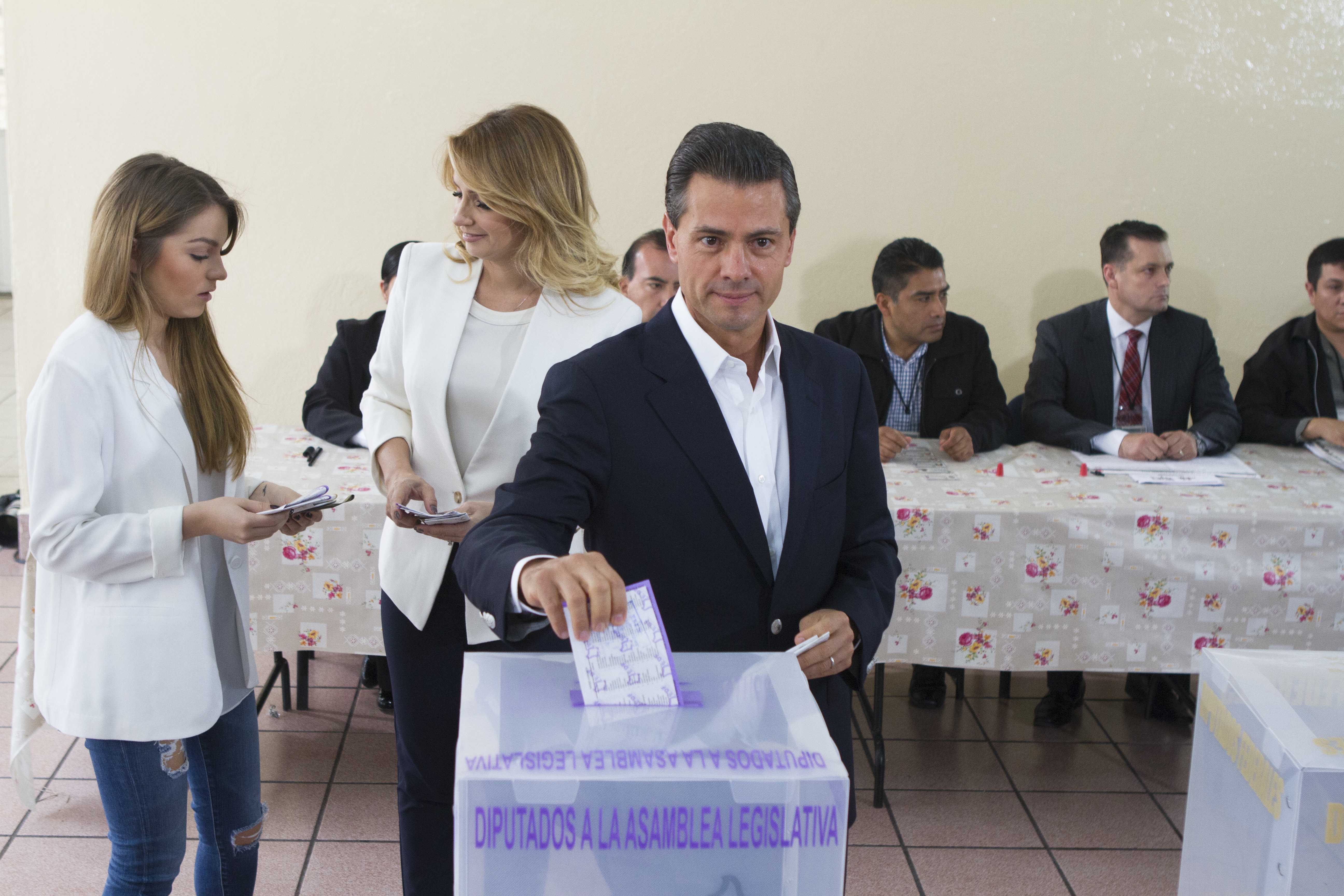 XALAPA - Mexican regional elections on Sunday pose a major test for the ruling party´s hopes of retaining the presidency in 2018 as discontent over corruption and impunity fuels support for the anti-establishment message of a resurgent leftist firebrand. Voters across Mexico choose new governors in a dozen of Mexico´s 31 states, including bastions of President Enrique Pena Nieto's Institutional Revolutionary Party (PRI) at risk of falling to the opposition after more than 80 years of one-party rule. National attention is focused on oil-rich Veracruz in the Gulf of Mexico, the country's third most-populous region, which the PRI has ruled since the party's inception in the late 1920s. Years of gang violence, mounting debts and allegations of corruption have turned Veracruz into a liability for Pena Nieto, and only thanks to splits in the opposition does the centrist PRI look to have any hope of holding onto the state. Polls in Veracruz show the PRI in a very tight race with the candidate of the new leftist party of two-time presidential runner-up Andres Manuel Lopez Obrador, as well as a joint ticket by the main centre-right and centre-left opposition parties. "Corruption is what's done the most damage to Veracruz, and what's done the most damage to Mexico," Lopez Obrador said on Tuesday as he campaigned in the northern state of Sinaloa. Accused by critics of presiding over rampant impunity and misuse of public funds, Veracruz governor Javier Duarte has become such a lightning rod for anger over the political class that the PRI candidate to succeed him said last year that he was "embarrassed" to be in the same party as the 42-year-old. Since Duarte took office, Veracruz's debt has more than doubled to 46 billion pesos according to official data, though other estimates put the figure far higher. The state has also become notorious for violent crime and murders of journalists. Veracruz resident Carlos Contreras, a longtime PRI loyalist who voted for Duarte in 2010, is now backing Lopez Obrador's National Regeneration Movement (Morena) in disgust at gang violence that recently killed his cousin, and a lack of jobs. "I hope and pray the PRI loses," the 32-year-old said outside the governor's office in state capital Xalapa, calling Lopez Obrador his "great hope" for the next Mexican presidency. "Enrique Pena Nieto is the same as the governor of Veracruz." A former Mexico City mayor, Lopez Obrador routinely lumps all the established parties together as different faces of the same corrupt system, and if Morena wins Veracruz it would be a powerful springboard for a presidential tilt in 2018. Pena Nieto's struggles to contain gang violence and shake off accusations he has failed to stem graft have dented support for the PRI and its leading contenders to succeed him. Latest polls suggest Lopez Obrador, a relentless campaigner, has a genuine chance of winning in 2018. Some senior government officials say in private he is the man to beat. The PRI suffered a fresh blow on Friday when a judge ordered properties of one its former governors seized in an investigation into fraud and other crimes in the northern state of Nuevo Leon, which it lost control of last year. Partly due to deepening political fragmentation, several state contests on Sunday are too close to call. Polls suggest the PRI will struggle to defend all nine of the 12 governorships up for grabs that it currently holds. -Reuters