Mian Sahib! man can do no favour, only Allah Almighty can: Ch Nisar 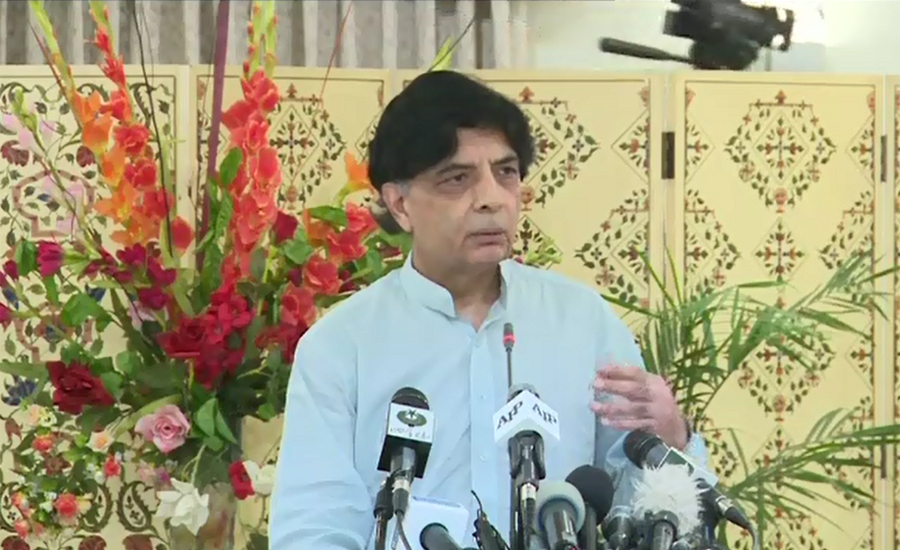 Mian Sahib! man can do no favour, only Allah Almighty can: Ch Nisar

ISLAMABAD (92 News) – PML-N leader Ch Nisar, reacting to the statement of Nawaz Sharif and Maryam Nawaz, has said that Mian Sahib man can do no favour, only Allah Almighty can. He said that if Nawaz granted favours to the people, many people also favoured and helped him to reach this position. Ch Nisar said that the party is heading to a closed alley due to the sharp tongue of Maryam Nawaz. "I have expressed a lot of patience and tolerance in the situations and circumstances that had arisen in the past year. I have tried not to give any reaction over any issue that may harm the party," he said. He said that he was sad to say that he had been targeted in various ways in the past eight to ten months from a certain direction. "When nothing could be done, some favoured journalists were given preplanned questions, the answers to which were apparent insult directed at me. Its evident pawn was a person who had no ideological or political relation with the PML-N. But a puppet never dances on its own," he said. He said that he had parted ways with national politics to a large extent, to limit himself to his constituency's politics.