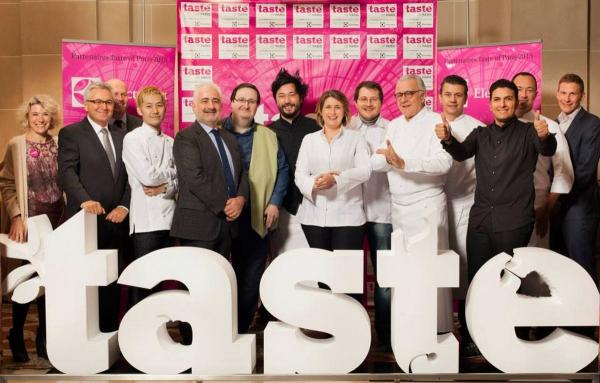 PARIS - The best of French gastronomy will be served up in Paris this spring under the soaring roof of the city's Grand Palais, as celebrated chefs present their signature creations for an epicurean public. The "Taste of Paris" festival will be held from May 21-24, in the French capital under the patronage of Alain Ducasse and Joel Robuchon, two of France's most renowned chefs whose restaurant empires span the globe. French gastronomy is a key economic driver for the City of Light, which boasts over 7,000 sit-down restaurants, from the most opulent Michelin-starred to the most modest creperie. The country's celebrated cuisine was the fourth reason tourists said they visited Paris, according to a 2011 government study - behind museums, strolling the city, and shopping. First appearing in London in 2004, the Taste festivals now take place in 12 countries, with Sydney and Dubai on the schedule for March, followed by Cape Town in April. Tickets for lunch or dinner from 35-115 euros go on sale in early April, with posters advertising the event set to decorate the famous Champs-Elysees boulevard and other key spots in the city. "It's very festive," said Bertrand Chenaud, Taste of Paris spokesman. "It's a big party where you can taste, share and talk with chefs." "You've got little dishes and you can try one with one chef, and try another from a different chef," said Chenaud during a press event at Kei, the restaurant of Kei Kobayashi, one of the event's 14 featured chefs, himself a Ducasse protege. At his elegant lilac-walled restaurant near the old market of Les Halles, Kobayashi served a sampling of colorful and creative dishes, some of which may feature during the festival. A fat Brittany oyster hid under a thin rectangular gelee of beet and cassis, an artichoke fried in a light tempura was stuffed with truffle, Iberian ham and marscapone, and a crunchy salad of raw vegetables and salmon resembled a garden of edible leaves and flowers rising out of a lemon foam. "Taste of Paris" will also feature cooking classes and a farmers' market, while more than 100 artisans in gastronomy-related fields will exhibit wares at the famed exhibition hall. - Reuters