In a letter to PM, a billionaire philanthropist wrote that Microsoft could explore opportunities for investment in the country’s information technology sector. Meanwhile, Bill and Melinda Gates Foundation President Dr Christopher Elias delivered the letter to the prime minister. Abdul Qadir said it has been written in the letter that Bill Gates wanted to make huge investment in Pakistan. The Bill and Melinda Gates Foundation has expressed commitment to continue efforts for polio eradication and improvement of health sector. The letter has sought approval from the prime minister for this purpose. Upon which, Imran Khan welcomed the good news and told that there were vast opportunities for investment in different sectors in the country, especially in the IT for Microsoft. The premier also thanked Bill Gates Foundation for assistance in eradication of polio. 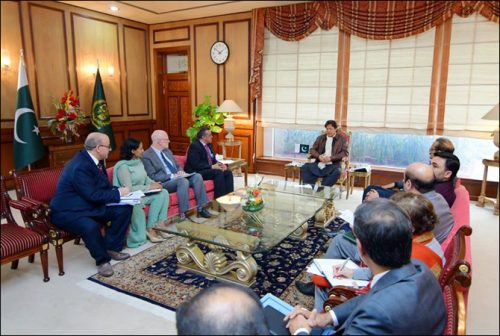 PM Khan said that the government is determined to implement a transformative social and economic agenda for a ‘New Pakistan’. He was talking to Director General WHO Dr Tedros Adhanom Ghebreyesus. Imran Khan reiterated his commitment to move forward sustainable development agenda. The Prime Minister welcomed the Director General and his delegation to Pakistan. He said Pakistan attaches importance to WHO and appreciates the role of WHO in health care system of the country. On polio eradication programme, Imran Khan said that the government continues to tackle Polio eradication as a national public health emergency. He said Polio vaccination activities are well organized in close collaboration with provinces and are directly overseen by the National, Provincial and Divisional Task Forces. He expressed commitment of his Government for complete eradication of polio from the country.

WHO intensifies for eradication of Polio in coordination with Pakistan 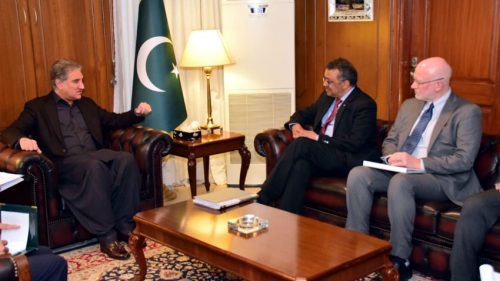 Director General WHO Dr Tedros Adhanom Ghebreyesus also called on Foreign Minister Shah Mahmood Qureshi. He said that WHO has intensified its activities for eradication of Polio in coordination with Pakistan. The WHO director general said polio would likely be eliminated from Pakistan by end of this year. He reiterated that WHO would continue its support to the efforts of the Government of Pakistan to improve healthcare in the country. On the occasion, the foreign minister said that the WHO has been playing a vital role in the health sector of Pakistan. He emphasized that collaborative efforts at national, provincial and local levels would help in elimination of the disease and make Pakistan a zero polio country. He assured the delegation of full support in polio eradication and implementation of other health programmes in Pakistan in the days to come.

Tedros Adhanom Ghabreyesus also called on Planning Minister Makhdum Khusro Bakhtyar. Speaking on the occasion, the minister said the government is committed to pursue pro-poor health approach and provide quality healthcare facilities to the people of the country. He said that the Emergency Plan for Polio Eradication worth 986.3 million dollars has been given provisional approval subject to devising a robust monitoring mechanism for its smooth implementation. DG WHO said that all partners are committed to support Pakistan in achieving universal health coverage goals and to finish polio virus completely from the country. He appreciated that Pakistan's plan for healthcare is aligned with Sustainable Development Goals. 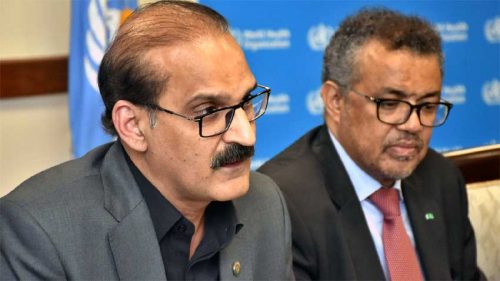 Minister for National Health Services, Regulations and Coordination Aamer Mehmood Kiani says the government is undertaking major reforms in health sector which will bring significant betterment in healthcare of the people. Addressing a joint news conference along with Director General WHO Dr Tedros in Islamabad on Tuesday, he said we are preparing a comprehensive program the development of health sector in line with the vision of Prime Minister Imran Khan. The minister said WHO supports Pakistan to address different health care issues including eradication of polio. Speaking on the occasion, Director General WHO Dr Tedros said eradication of polio is our main objective and the government of Pakistan is fully committed to it. He appreciated extraordinary efforts of the government for health care services and universal health coverage. 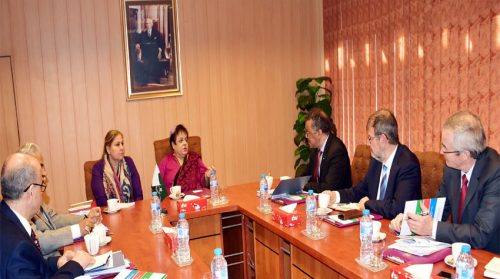 Talking to the WHO delegation, Minister for Human Rights Shireen Mazari said the government is considering to declare health basic human right. She briefed the delegation on implementation of human rights laws in the country. She told the delegation that the Human Rights Ministry is also holding regular awareness campaigns to apprise people about the human rights. She said the government is considering declaring health as basic right. Shireen Mazari said that her ministry is working with all stakeholders over the issue of missing person.

It's not right to have expectations from  Taliban so early: PM Imran Khan

Opportunity to end 40-year conflict in Afghanistan should not be wasted: PM