Microsoft overtakes Amazon as second most valuable US company 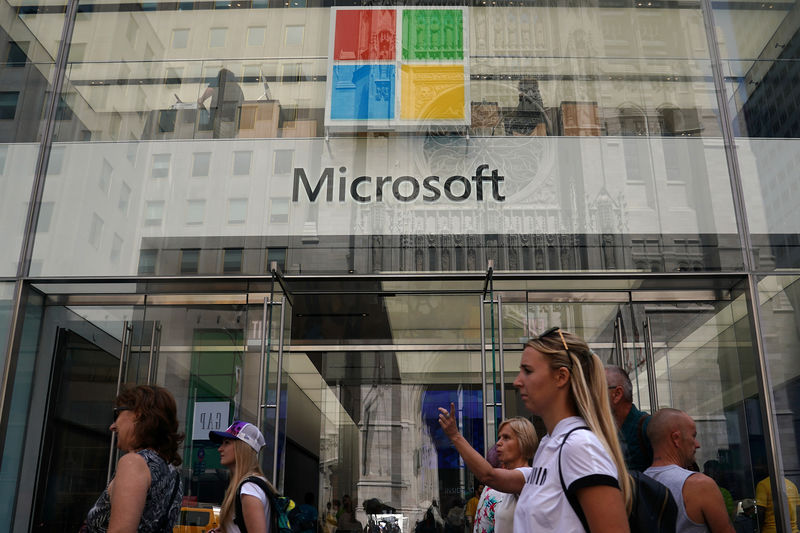 Microsoft overtakes Amazon as second most valuable US company

SAN FRANCISCO (Reuters) - Microsoft Corp regained its spot as the second most valuable US company after a disappointing quarterly report from Amazon.com wiped $65 billion off the online retailer’s market capitalization. Apple Inc  tops the list at over $1 trillion after crossing that threshold in September. Microsoft’s market capitalization was Wall Street’s highest in late 1998 through early 2000 before the dot-com bubble burst. Amazon’s shares dropped 7 percent, the most in nearly three years after its holiday season sales outlook missed targets, fanning concerns that Wall Street’s tech darlings are finally starting to face stronger competition. Microsoft fell a more modest 1.1 percent in a broad technology sell-off that was also driven by a weaker-than-expected report from Google-parent Alphabet Inc , leaving the Nasdaq composite index  down 1.9 percent. Shares of Microsoft remain up nearly 4 percent from Wednesday, when the four-decade-old software company beat quarterly profit expectations, driven by its cloud computing business that competes with Amazon’s. Its stock market value on Friday stood at $823 billion, on track to close above Amazon’s for the first time since April, when it gave up its spot as second largest company by market capitalization. Amazon was worth $805 billion on Friday, after falling below Microsoft’s in extended trade on Thursday. The drop was equivalent to the combined values of Target Corp  and Corning Inc . Amazon’s tumble left it up around 40 percent year to date, while Microsoft has gained about 25 percent in 2018. On Wednesday, Amazon’s stock traded at the equivalent of 70 times expected earnings, its lowest level since 2011. The average analyst price target for Microsoft puts its market cap at $963 billion, while the average price target for Amazon values it at $1.068 trillion. Apple will report quarterly results on November 1.