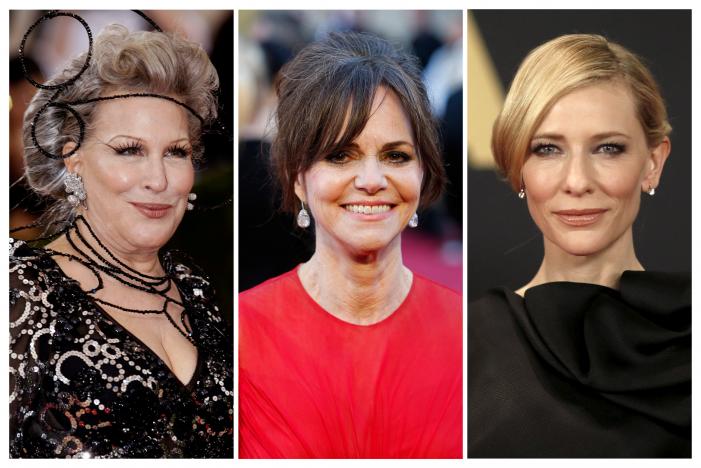 Close behind was the hit revival of "Hello, Dolly!" which took 10 nominations, including one for lead actor David Hyde Pierce. He will compete against Josh Groban making his Broadway debut in "Natasha, Pierre," a lavish spectacle based on a snippet of Tolstoy's "War and Peace."

Best play nominees were led by "A Doll's House, Part 2" with eight nominations including ones for stars Laurie Metcalf and Chris Cooper, "Oslo," about the 1993 Oslo peace accords, Pulitzer Prize winning drama "Sweat" and "Indecent."

In a year crowded with dozens of new plays and musicals, major productions of "Cats," "Sunset Boulevard" starring Glenn Close, "A Bronx Tale" and "Charlie and the Chocolate Factory" were shut out.

Nixon, who has been exchanging roles with Linney during the play's run, said she found out about her featured actress nomination by text message and had not yet heard from Linney. "I'm sure we will be chatting this morning," she added.

Joining Midler, whose turn in "Hello, Dolly!" has been breaking box office records, as best actress in a musical, are Patti LuPone and Christine Ebersole in "War Paint," newcomer Denée Benton for "Natasha, Pierre & The Great Comet of 1812" and Eva Noblezada in "Miss Saigon."

Blanchett, who made her Broadway debut in "The Present," is joined by Jennifer Ehle ("Oslo") in addition to Field ("The Glass Menagerie"), Linney and Metcalf.

The Tony Awards will be presented on June 11 at Manhattan's Radio City Music Hall in a ceremony headlined by film and stage star Kevin Spacey. –Reuters