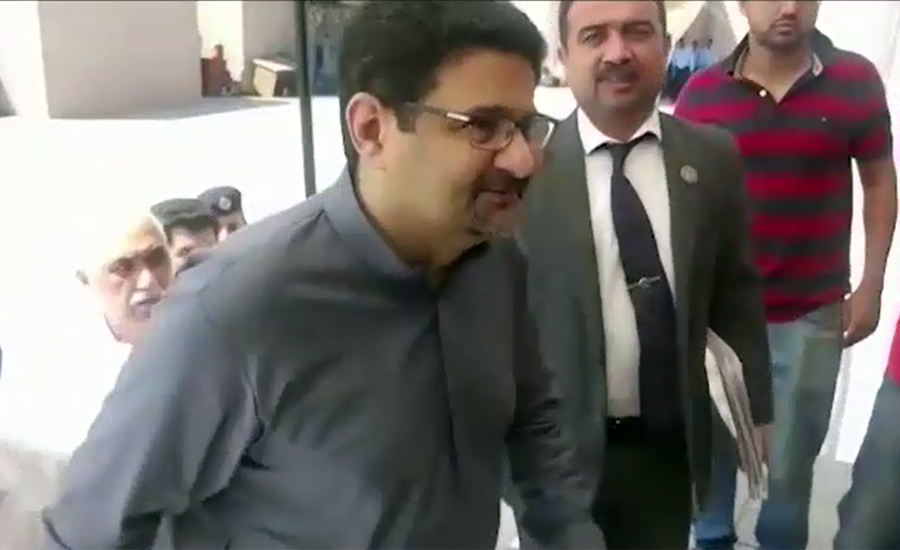 ISLAMABAD (92 News) – Former finance minister Miftah Ismail released from Adiala Jail on bail Thursday in Liquefied Natural Gas (LNG) scandal case. According to the details garnered, an accountability court issued release order of the former minister in the LNG scandal after his lawyer submitted Rs 10 million surety bond in the court. Earlier on December 23, the Islamabad High Court ordered to release former finance minister Miftah Ismail in the LNG case. The court ordered Miftah Ismail to furnish surety bonds worth Rs 10 million IHC Chief Justice Athar Minallah remarked that there is no need to make the arrest in the white collar crime. “The accused is considered to be innocent till the crime is proved against him,” he ruled. The National Accountability Bureau (NAB) had filed a reference in the LNG case. The reference was filed against nine accused, including Shahid Khaqan Abbasi and Miftah Ismail, for misuse of power. According to the reference, the accused had benefitted a company amounting to Rs21 billion and the country would suffer a loss of Rs47 billion by 2029 due to the decision of the accused. Former petroleum MD Sheikh Imranul Haq and former secretary have become key witnesses in the case. During the remand, Shahid Khaqan Abbasi could not give a satisfactory reply to the investigators. Earlier, the NAB has prepared reference against former president Shahid Khaqan Abbasi in the LNG scandal. Inter-State Gas Systems Managing Director (MD) Mubin Saulat and former petroleum secretary Abid Saeed, who become an approver in the LNG case, appeared before NAB office and recorded their statements. On Jan 2, the NAB Executive Board had authorized two investigations against Mr Abbasi, being former minister for petroleum and natural resources — one for his alleged involvement in irregularities in LNG import and the other related to the appointment of Naeemuddin Khan as president of the Bank of Punjab. The NAB inquiry found that the SSGCL signed a 15-year contract with a subsidiary company of Engro for re-gasification of LNG at fixed daily processing charges. The government authorized the Pakistan State Oil to procure LNG on behalf of the SSGCL. However, the NAB reopened the inquiry against Abbasi in October 2018.