Migrant parents separated from children return to US, plead to be reunited 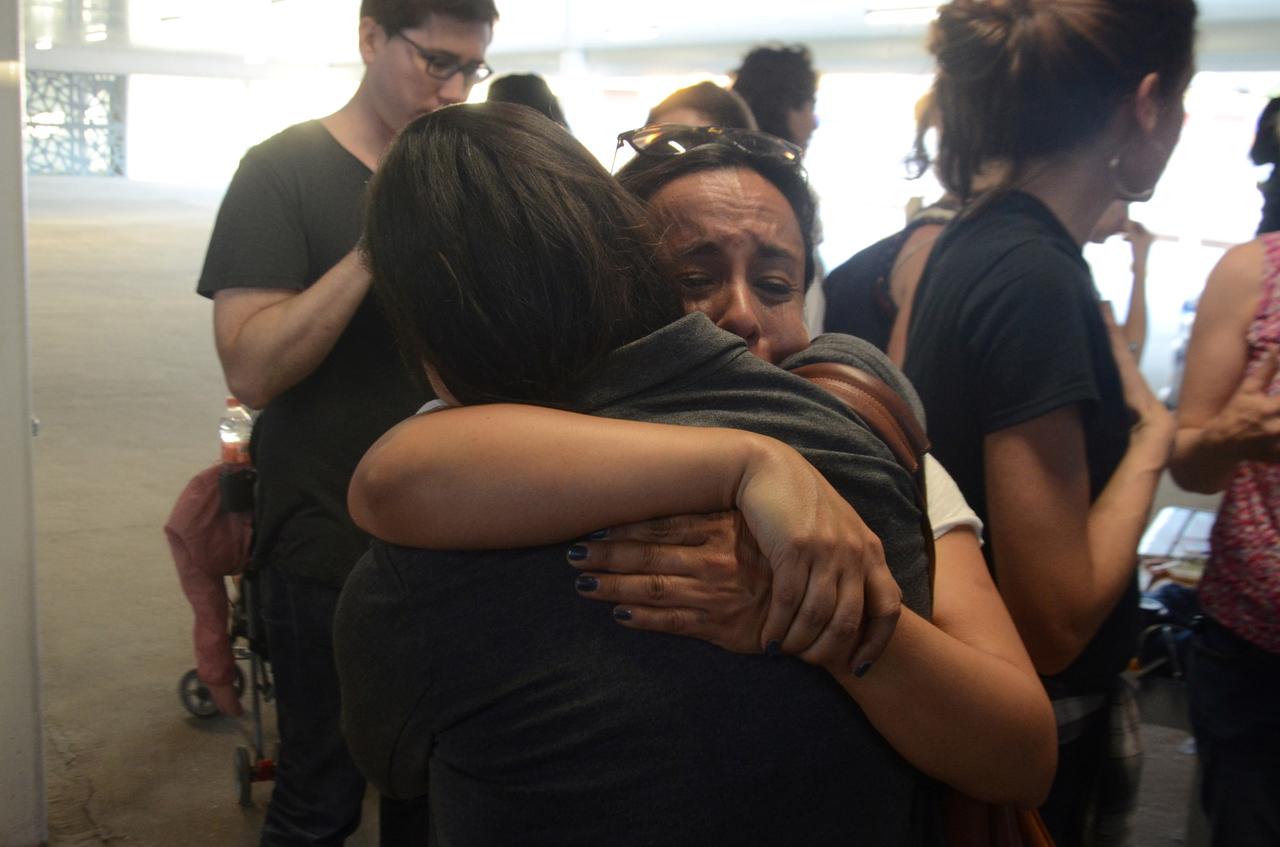 Migrant parents separated from children return to US, plead to be reunited

MEXICALI/TIJUANA, Mexico (Reuters) - A large group of Central American migrants who US authorities separated from their children last year when they crossed the Mexican border entered the United States again asking for refuge and to be reunited with their kids. A Reuters witness said some 50 people entered the United States at the international border crossing from Mexicali, Mexico into Calexico, California, where they were met by agents from US Customs and Border Patrol (CBP). Visibly nervous parents crossed the pedestrian bridge, some with children and carrying luggage, a Reuters witness said. They were accompanied by lawyers from immigration advocacy group Al Otro Lado. The group said 29 parents crossed. “This is a huge victory for these families, but this fight isn’t over until they’re reunited with their kids,” said Erika Pinheiro, Litigation and Policy Director of Al Otro Lado. The families, who arrived back in Mexico helped by Al Otro Lado, which means “On the Other Side,” hope to present their cases to US authorities and be reunited with their children. Customs and Border Patrol did not immediately respond to a request for comment out of normal office hours. In a crackdown on illegal immigration by President Donald Trump’s administration, US officials have separated thousands of children from migrant parents who crossed from Mexico into the United States. Many were placed in detention camps before being reunited with their parents. Other parents were deported back to Central America without their children, some of whom were later sent to foster homes or to live with relatives in the United States. The US Department of Health and Human Services’ inspector general said in a January report that the administration began ramping up separations in 2017. They accelerated in 2018 after Trump implemented a “zero tolerance” policy to criminally prosecute and jail illegal border crossers. Outrage over the policy led Trump to sign an executive order on June 20, 2018, reversing course. “We are waiting here in Mexicali, we arrived early. God willing and our cases can be seen,” Joe Arteaga, a Honduran man separated from his 15-year old son last year, said before the crossing. “I know it’s a big risk, but we hope for the best,” he added. Families interviewed by Reuters last week in Tijuana said their children were now among those either with relatives or foster parents in the United States. They described their confusion when their kids were taken away by US immigration officials last year. “Every day I saw my son through a fence ... One day, as he cried, he said ‘daddy they’re going to deport you,’” said Arnold Flores, a Honduran who said he fled his country after he was beaten and had his house burned down. “That same day the officers called me, a defence attorney said something to me in English that I didn’t understand and I haven’t seen my son since,” he said.