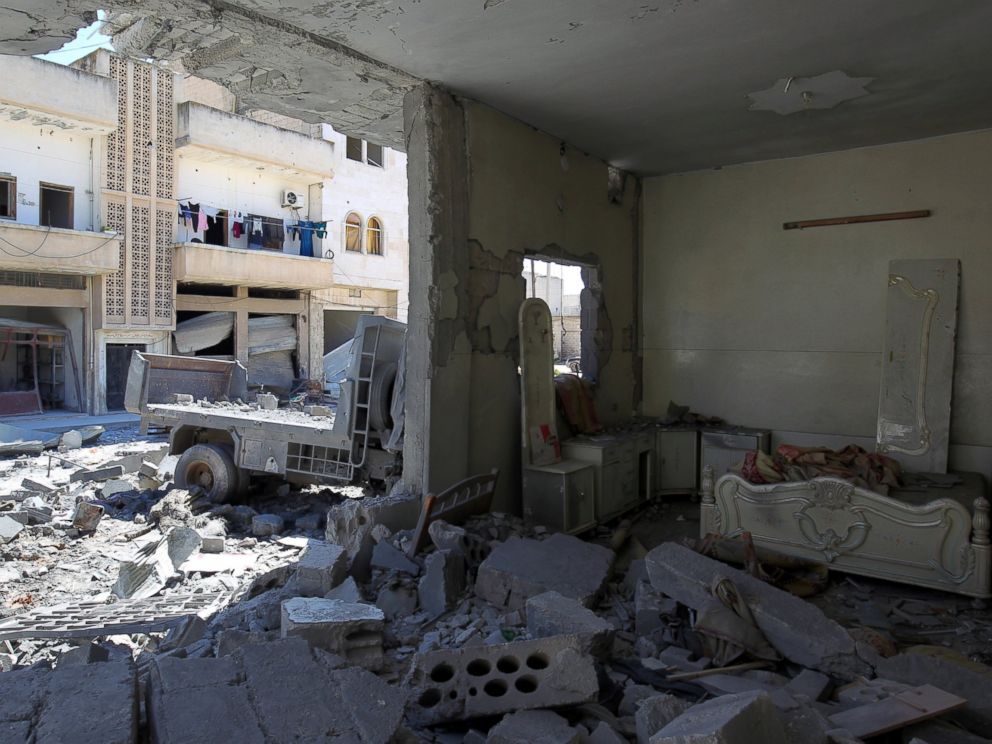 AMMAN - Syrian jihadists linked to a former al Qaeda affiliate consolidated their grip over large parts of the northwestern province of Idlib after their main rival evacuated a major border crossing with Turkey, rebels and residents said.

Witnesses said the departing rebels, of the Ahrar al Sham group, had moved a large convoy of heavy equipment and tanks and hundreds of its fighters away from the Bab al Hawa crossing with Turkey and had headed to areas it controls further south in Idlib province and in the neighbouring province of Hama.

Their pullout was stipulated under terms of a ceasefire deal reached on Friday following three days of heavy fighting that had pitted Ahrar al Sham, a powerful rebel group with a foothold across Syria, against Hayat Tahrir al Sham, an alliance led by al Qaeda's former Syria branch.

The al Qaeda-linked militants of Hayat Tahrir al Sham had surrounded their adversaries near the Syria-Turkey border crossing after rapid advances in a strategic stretch of territory along the border with Turkey, and after ousting their rivals from the province's main towns and villages.

Members of Hayat Tahrir al Sham said their control of the border area is aimed at preventing the entry into Idlib of Turkish forces or rival rebel groups.

The fighting between the two largest rebel groups, which left scores of dead and injured, was by far the heaviest inter-rebel fighting since the start of the conflict. [nL5N1KB3W2]

Emboldened by their success at Bab al Hawa, the jihadists of Tahrir al Sham also dislodged Ahrar al Sham fighters on Sunday from another border crossing, Kherbet al Jouz, that is used as a conduit for humanitarian relief supplies.

The jihadist sweep across Idlib province has raised concerns that the closure of key crossing points on the border with Turkey could choke off the flow of aid and essential goods.

More than two million people live in Idlib, which has become a refuge for many of the displaced, including rebel fighters and their families who left areas seized by the Syrian army.

In several towns in Idlib province in recent days, including Saraqeb and Atareb, hundreds of residents have taken to the streets to protest against the jihadists. Other local councils have evicted the militant fighters from their towns.

Many locals fear the jihadists' hold on Idlib will make the area a target of renewed attacks by both Russian forces and the Syrian army. Relentless bombing of the province in the last year caused widespread damage and hundreds of civilian casualties.

Seeking to defuse local resentment and suspicion, Tahrir al Sham issued a statement on Sunday denying that it planned to monopolize power and urging rival rebels and local leaders to unite with it in defence of the "revolution" against President Bashar al Assad.

Assad's armed opponents have long been bitterly divided by regional rivalries, over their ties to foreign states and ideological battles over whether to pursue Syrian national or Sunni jihadist goals.

Tensions have been building between Idlib province's two biggest insurgent factions as they vied for dominance in the only Syrian province that is entirely under rebel control.

The pullout of Ahrar from the border crossing of Bab al Hawa, which it had controlled for over three years and which was a major source of revenue, is a big blow for the group.

The jihadists' new presence there is also likely to be a source of alarm for Turkey, which had backed Ahrar al Sham's control of the crossing.

Ahrar has also been hit by the defection of hundreds of its fighters to Hayat Tahrir al-Sham. Several other units have handed over ammunition and weapons depots to the jihadists and decided to disband. -Reuters