RAWALPINDI (92 News) – On behalf of the President of Pakistan, Chairman Joint Chiefs of Staff Committee (CJCSC) General Zubair Mahmood Hayat has conferred Civil Awards on the eminent scientists and engineers working in Pakistan Strategic Institutions. According to ISPR, the Investiture Ceremony was held in Rawalpindi today (Tuesday). They were given these awards for their meritorious services. The Awards include five Sitara-i-Imtiaz, nine Pride of Performance and two Tamgha-i-Imtiaz. 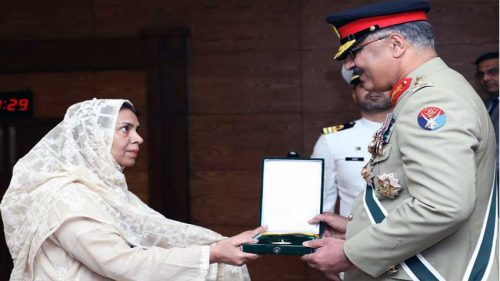 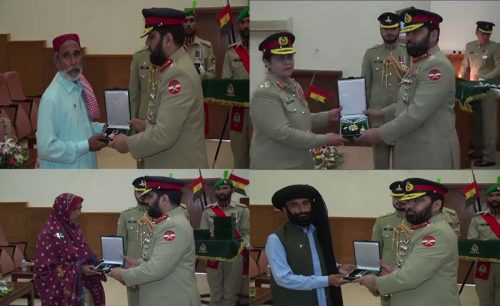 Corps Commander Karachi Lieutenant General Humayun Aziz conferred military awards to army personnel at a ceremony held at Malir Garrison in Karachi. According to Inter-Service Public Relation (ISPR), Sitara-e-Imtiaz (Military), Tamgha-e-Imtiaz (Military) and Tamgha-e-Basalat were awarded to the recipients in recognition of their gallantry during different operations and outstanding performance during their long meritorious services. Medals of ‘Shuhada’ were received by their family members. The ceremony was attended by a large no of senior armed forces officers and relatives of those who were given the awards.