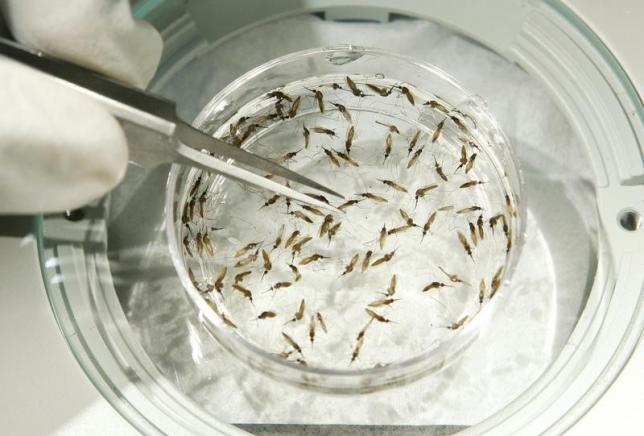 LONDON - Rates of death from malaria have plunged by 60 percent in the past 15 years, meaning more than 6 million lives have been saved - the vast majority of them African children, United Nations agencies said on Thursday. In a joint World Health Organisation (WHO)-UNICEF report, experts also said that a crucial Millennium Development Goal to halt and begin to reverse the incidence of malaria by 2015 has been met "convincingly", with new cases of the parasitic mosquito-borne disease down by 37 percent since 2000. WHO Director-General Margaret Chan hailed it as "one of the great public health success stories of the past 15 years". "It's a sign that our strategies are on target and that we can beat this ancient killer," she said in a statement. The report found an increasing number of countries on the verge of eliminating malaria. In 2014, 13 countries reported zero cases and six had fewer than 10 cases. Yet despite enormous progress, malaria remains an acute problem in some regions, the report said. This year alone, there have been an estimated 214 million new cases of malaria, with around 438,000 deaths. "Malaria kills mostly young children, especially those living in the poorest and most remote places. So the best way to celebrate global progress...is to recommit ourselves to reaching and treating them," said UNICEF Executive Director Anthony Lake. "We know how to prevent and treat malaria. Since we can do it, we must." A study by the Malaria Atlas Project at Britain's Oxford University found that "by far the most important intervention" in reducing malaria cases and deaths has been the use of insecticide-treated bednets (ITNs), around a billion of which have been distributed in Africa since 2000. Some 68 percent of malaria cases prevented since 2000 were stopped by ITNs, while anti-malarial drugs called Artemisinin-based combination therapies and indoor spraying accounted for 22 percent and 10 percent of cases prevented, according to the study published in the journal Nature on Wednesday. The United Nations now has a new goal for malaria control -to cut the numbers of new cases and deaths by a further 90 percent by 2030. The WHO-UNICEF report said that annual funding for the anti-malaria campaign will need to triple, from $2.7 billion now to $8.7 billion in 2030, to meet that goal. -Reuters