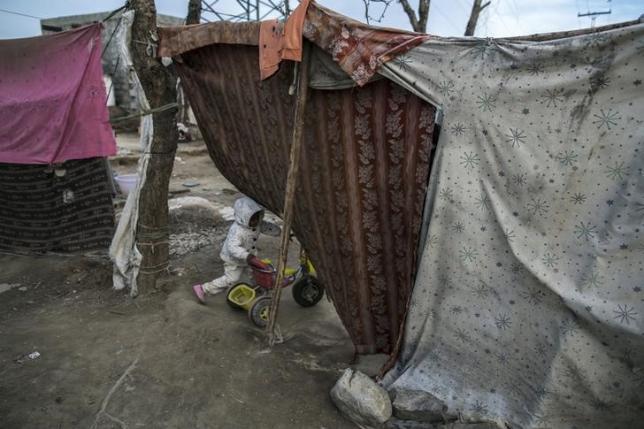 LONDON - More than three million of the world's poorest people have been forced from their homes, land and jobs over the past decade by World Bank-funded projects, an investigation showed on Thursday as the global lender vowed to review its policies. The World Bank, which aims to end extreme poverty, has repeatedly violated its own policies on protecting indigenous people, with devastating consequences for some of the world's "most vulnerable people", the investigation found. The investigation was led by the International Consortium of Investigative Journalists (ICIJ), which analysed thousands of World Bank records and conducted interviews in 14 countries, including Albania, Brazil, Ethiopia, India, and South Sudan. The Bank admitted last month that it had no idea how many people may have been forced off their land and lost their jobs due to its projects in developing countries, and whether these people were compensated fairly and on time. World Bank President Jim Yong Kim said at the time there were major problems with the bank's resettlement policies, and launched an action plan to address shortcomings, including improved risk assessment, staff training and accountability. "We are now reviewing our safeguards policies and I am determined that we will learn from the past and that we will do all in our own power to protect people and the environment," Kim told a news conference on Thursday. The ICIJ has published its report at a time when the Washington-based bank is trying to ramp up investments in infrastructure projects that often lead to forced resettlement, including dams and highways. The World Bank and its private-sector lending arm, the International Finance Corporation (IFC), committed themselves to lending $455 billion for nearly 7,200 projects in developing countries between 2004 and 2013, the investigation found. More than 400 of these projects were confirmed to have uprooted local people and a further 550 may have caused displacement, ICIJ figures show. The proportion of World Bank projects linked to resettlement rose to 29 percent of the total in 2009 from eight percent in 1993, according to an internal review published by the bank last month. MASS EVICTIONS The World Bank and the IFC have also financed governments and companies accused of human rights violations including rape, murder and torture, according to the ICIJ investigation. In some cases, the lenders have continued to bankroll these borrowers after evidence of abuses emerged, the ICIJ said. In Ethiopia, the government diverted millions of dollars from a World Bank-supported health and education project to fund a violent campaign of mass evictions, former officials who carried out the forced resettlement programme told the ICIJ. The World Bank strongly disputes that its money supported the evictions and has continued to pump hundreds of millions of dollars into the programme, despite protests from indigenous Anuak refugees and human rights groups, the investigation found. Along with the International Monetary Fund, the World Bank will hold its annual spring meeting on Friday, at which new resettlement policies and safeguards will be debated. Yet some current and former World Bank officials warn that proposed revisions will further undermine the bank's commitment to protecting indigenous people, according to the ICIJ. The latest draft of the bank's policy, released in July last year, would give governments more room to sidestep the bank’s standards and make decisions about whether local populations need protecting, they say. "I am saddened to see now that pioneering policy achievements of the bank are being dismantled and downgraded," the ICIJ quoted former World Bank official Michael Cernea as saying. "The poorest and most powerless will pay the price." - Reuters