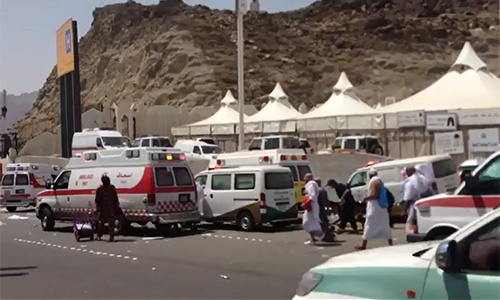 ISLAMABAD (92 News) – The death toll of Pakistani pilgrims martyred in the Mina tragedy rose to 43 on Monday. Pakistan Ambassador Manzoorul Haq has confirmed the death toll. The government has announced a compensation of Rs 500,000 for the family of each deceased and Umra for family members on the government expenses. The Ministry for Religious Affairs has released a list containing 36 martyred and 35 injured pilgrims. However, 92 News has collected details of 47 pilgrims. As many as 61 Pakistani pilgrims are still missing. The martyrdom of Peshawar’s Nausheen Bukhari has been confirmed.