Mindfulness meditation may work differently for men and women 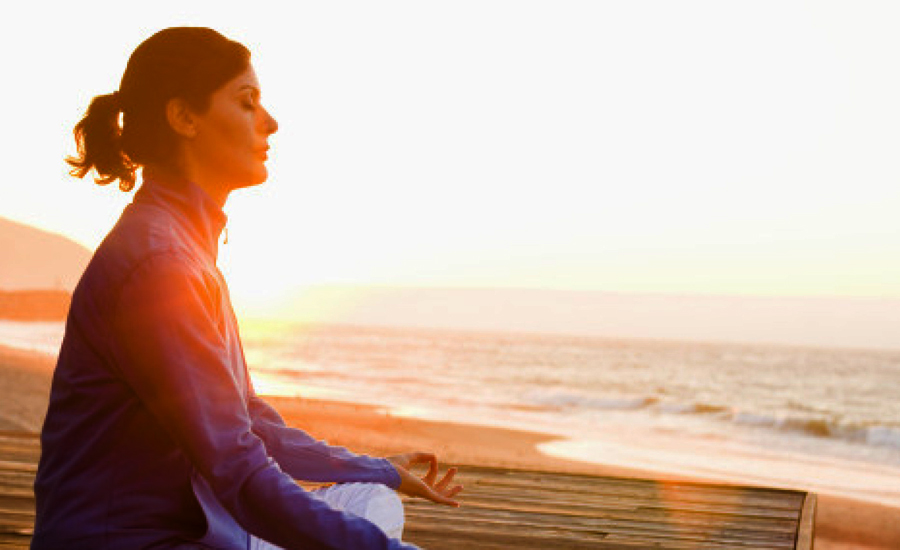 Mindfulness meditation may work differently for men and women

NEW YORK –  In a college course that included meditation training, women were more likely than men to report that the practice improved their mood, a small study found.

Meditation is an increasingly popular form of mental training on college campuses and off. Research suggests it may reduce blood pressure, gastrointestinal symptoms, anxiety, depression and insomnia, according to the National Institutes of Health (bit.ly/1BQ4I9l).

Practitioners direct and redirect their attention to the present moment, often by focusing on their breath.

At the end of a mindfulness meditation course at Brown University in Providence, Rhode Island, female students, on average, rated their so-called negative affect significantly lower than at the beginning, indicating better mood. But among male students, the only difference was a very slight increase in their negative affect, possibly indicating a worsened mood, researchers reported in Frontiers in Psychology.

Senior author Willoughby Britton cautioned against concluding that men fail to reap rewards from meditation, though. Instead, the Brown professor of psychiatry and human behavior said the gender differences could reflect variations in the ways men and women tend to regulate their emotions.

“There has just been too much data - both anecdotal and empirical - suggesting that many men benefit from mindfulness,” she said in an email.

Dr. Madhav Goyal, who practices meditation and studies it as a professor at Johns Hopkins School of Medicine in Baltimore, pointed to a group dedicated to practicing meditation.

“Most of the monks who meditate are men,” he said in a phone interview.

Previous research validates the benefits of meditation for men and women, Britton and Goyal both said.

Britton and her colleagues analyzed self-reported surveys from 77 students, 41 men and 36 women who completed 12 weeks of seminars and meditation labs between 2008 and 2011. The labs met three times a week and included about 30 minutes of Buddhist or Daoist meditation practices.

At the end of the course, women self-reported greater gains in their ability to observe their feelings and describe them as well as their ability not to judge or react, the study found.

Men also showed improvements in self-compassion as well as in not judging and not reacting. But they reported an average 3.7 percent increase in their negative affect score, compared to women who showed an average 11.6 percent drop in negative affect.

Though the men’s average negative affect score went up slightly, some of the men probably improved their mood, while the training probably did not lift the spirits of all the women, Britton said.

“We may need to pay more attention to issues of diversity and individual differences that could impact how different people respond to mindfulness interventions,” she said. “The differences we found may not be about gender per se but about different emotion-regulation strategies or goals.”

When faced with challenging feelings, women tend to ruminate, and men tend to find ways to be distracted, Britton said.

“While facing one’s difficulties and feeling one’s emotions may seem to be universally beneficial, it does not take into account that there may be different cultural expectations for men and women around emotionality,” she said.

Men and women may process meditation skills differently, said Goyal, who was not involved in the study. That said, the point of meditation is not to reduce negative affect, though people do use the practice to that end.

The point of meditation is “to learn to be in the present moment and through this practice over time, one gains greater understanding of themselves,” Goyal said.

Sydney Tan, a Brown senior who took the class as a sophomore and served as a discussion leader this year, has seen many men who benefited from the class and some women who struggled with it.

“I actually had more women talk to me about the difficulties of sitting for a long time and being still,” she said in a phone interview.