Ministers present May with 'plan B' for no-deal Brexit scenario 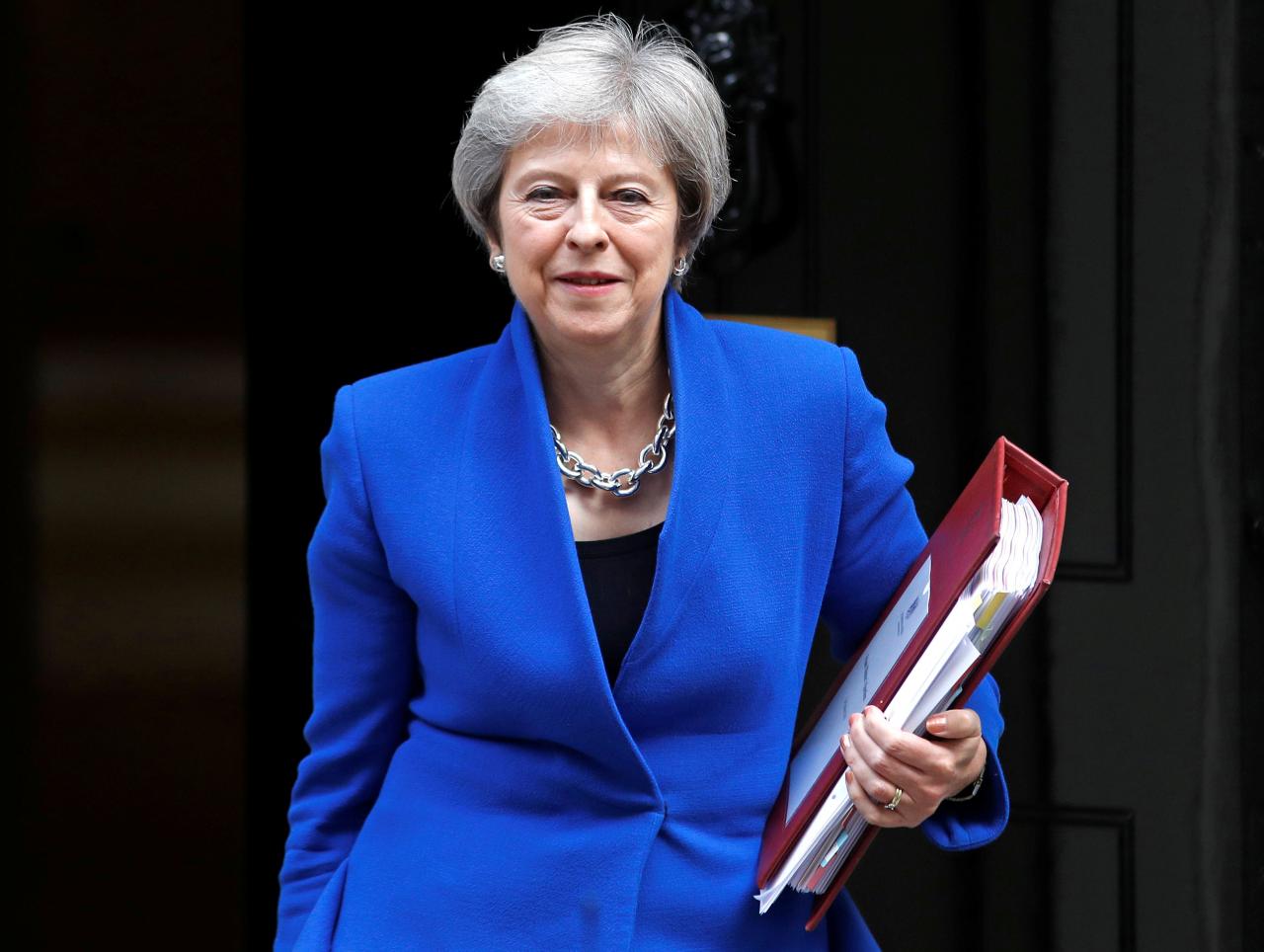 Ministers present May with 'plan B' for no-deal Brexit scenario

LONDON (Reuters) - Cabinet ministers have drawn up a ‘plan B’ for a no-deal Brexit in case parliament votes down Prime Minister Theresa May’s proposed plan to leave the European Union, the Sun reported . The unnamed pro-Brexit ministers have briefed May on their alternative plan, the newspaper reported without citing sources. The ministers have proposed that Britain continue to pay EU membership fees up to 2021 and follow the bloc’s rules to avoid a cliff edge exit when it leaves in March 2019, the Sun said. The country would then be able to negotiate with Brussels as a ‘third country’ for two years, making it easier to agree on a new free trade deal and avoid having to pay the full 38 billion pounds divorce bill. As negotiations with Brussels enter their final fraught stage, May’s approach is under fire from all sides of the divisive Brexit debate. Many politicians are unhappy with her compromise plans to maintain the free trade of goods with the EU, which they say will leave Britain subject to decisions in Brussels without any input. If a deal is voted down by parliament, the country could be thrust into an uncertain future: leaving abruptly without a deal, the collapse of May’s government, an election, or, as some opponents of Brexit hope, a new referendum. When May was presented with the alternate proposal, she told the ministers that their plan “was not needed yet” but it was greeted with a “surprisingly warm response” from Chancellor Philip Hammond, the Sun said.