A Minute With: British rockers Kasabian on their new album 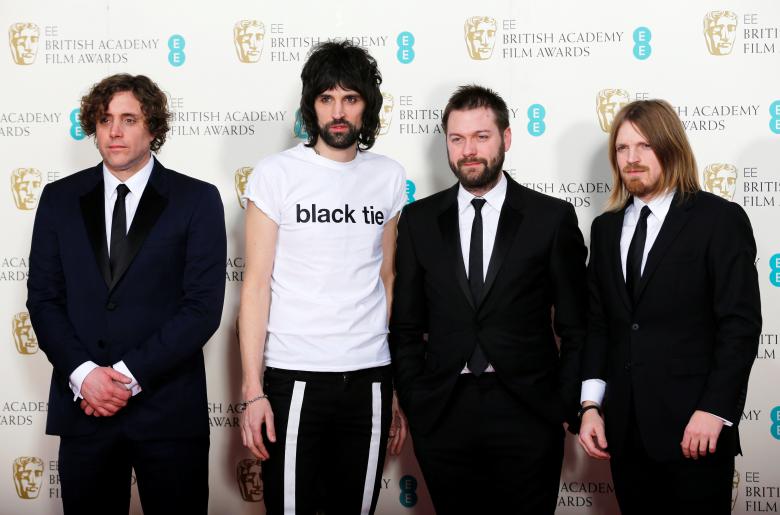 A Minute With: British rockers Kasabian on their new album

Here are excerpts of the interview:

Q: This must be an exciting time for you with the album coming out.

A (Pizzorno): "I feel more excited about the release of this one than any other we've ever released ... There's just something about it ... maybe after ... six albums ... there's a little part of you that is appreciative of the fact that you're still ... making music and people still want to hear what you are trying to do."

(Meighan): "I think all songs on the album are anthems. Everyone one of them is an anthem to me anyway."

Q: How would you describe your single "You're In Love With a Psycho"?

A (Pizzorno): "The groove is irresistible ... A disco thing going on ... And the lyrics, well you know, we've all been there, and we all still are probably."

Q: Did you really only take six weeks to write the album?

A (Pizzorno): "(The) first 10 (tracks), yeah and I think that's probably why it captured that emotion ... But if it lasted six months then maybe it would have gone up and down ... then the two 'Ill Ray' and 'Bless This Acid House' came later."

Q: What do you think of the charts today given people consume music differently?

A (Pizzorno): "Pop music at the moment is such a beast and the major labels have done such a great job in dominating everything and not giving you a fair crack - I always remember it was way more fun and (a) way more fairer system where you could get wild cards in there ... they mixed things up."

Q: When you look back on your early days...

A (Pizzorno): "We lived every moment of it. I'm proud of the fact that when we were given our shot that we didn't waste it ... We went on the adventure ... We weren't boring. We didn't go to bed early with milk and cookies." –Reuters