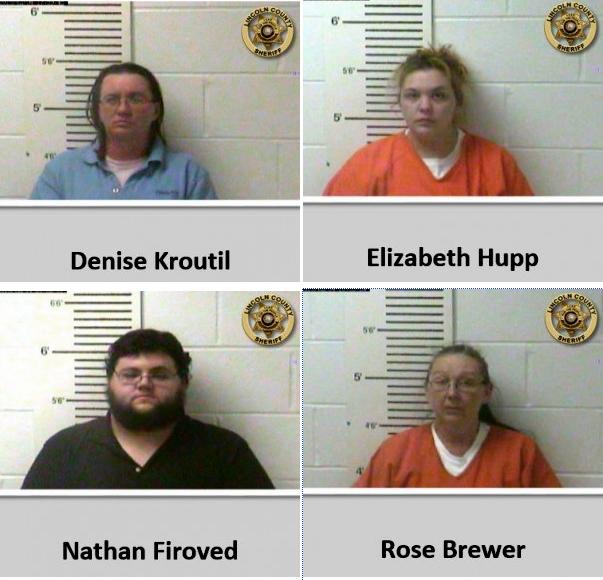 (Reuters) - Three Missouri women were arrested on Thursday and charged with kidnapping after they allegedly arranged for a man to kidnap their six-year-old relative because he was "too nice" and he needed a shock lesson in the dangers of the world. The man involved, 23-year-old Nathan Firoved of Troy, a rural town outside St Louis, has also been arrested and charged with felony kidnapping and other crimes, the Lincoln County Sheriff's Office said in a statement. The boy, who was not named, got off the school bus on Monday and Firoved lured him into a pickup truck, told him he would never "see his mommy again," and he would be "nailed to the wall of a shed," the office said. According to the Sheriff's department, the boy's aunt, 38-year-old Denise Kroutil, mother, Elizabeth Hupp, 25, and grandmother, Rose Brewer, 58, wanted to teach the boy a life lesson and asked Firoved to help them. The boy later told school officials what happened to him, and he has been placed in protective custody. The four accused parties are in jail under a $250,000 cash-only bond. During the alleged kidnapping, which lasted an estimated four hours, Firoved showed the boy a gun and told him he would be harmed if he didn't stop crying, bound his hands and feet with plastic bags and covered his face with a jacket, the sheriff's office said. Firoved took the boy to a basement, where his aunt removed his pants and told him he would be "sold into sex slavery," the statement said. Some time later, the boy was untied and taken upstairs where his family lectured him about "stranger danger." "Family members told investigators their primary intent was to educate the victim and felt they did nothing wrong," the statement said.