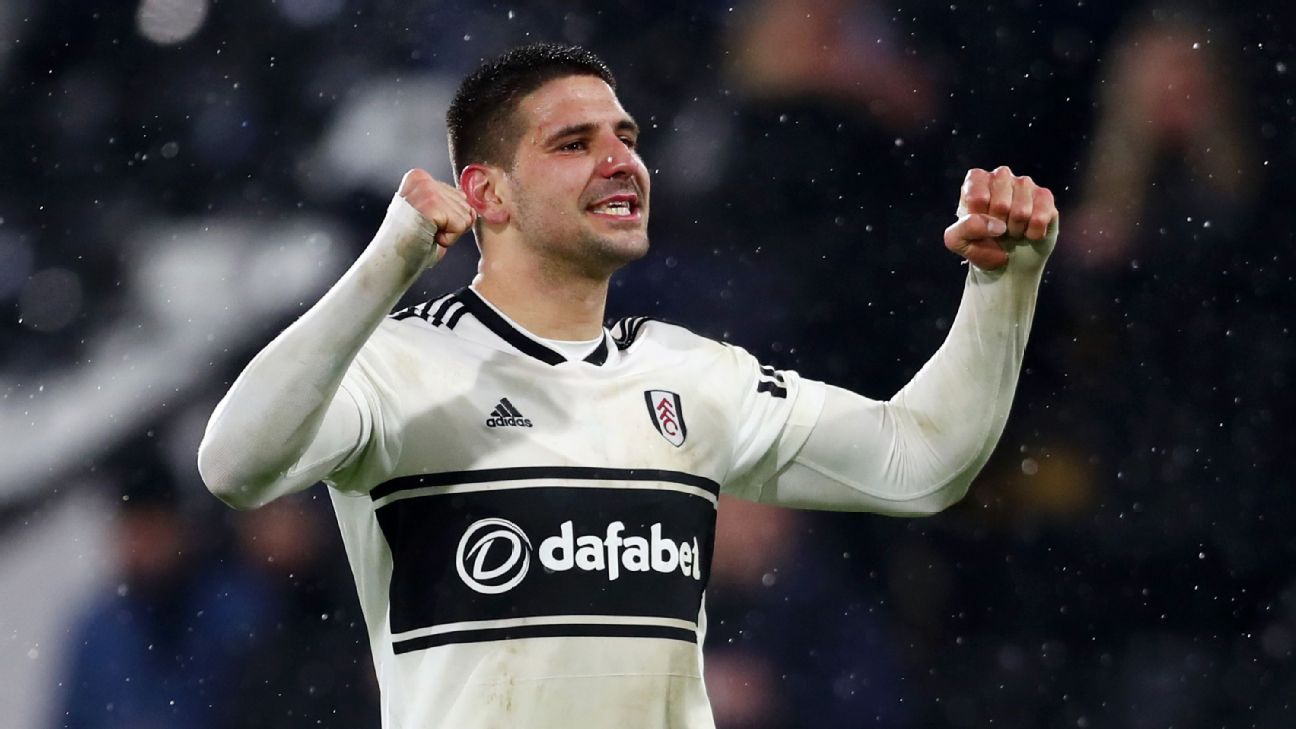 (Reuters) - Fulham produced a remarkable second-half fightback, coming from two goals down to earn a 4-2 win at home to Brighton & Hove Albion on Tuesday and three crucial points in their battle for Premier League survival.
Fulham’s saviour was Serbian striker Aleksandar Mitrovic, who rediscovered his scoring touch with a couple of second-half headers in a comeback that he described as “unbelievable”. His double thrilled the long-suffering Craven Cottage faithful as Claudio Ranieri’s side rallied from a 2-0 deficit at halftime after Glenn Murray, like Mitrovic, also ended a scoring drought for Brighton, striking twice in the first 17 minutes. A superb 47th minute half-volley from defender Calum Chambers, two headers from top scorer Mitrovic and a headed clincher from substitute Luciano Vietto earned the win that puts Fulham, still 19th of the league’s 20 teams, on to 17 points from 24 games. Brighton remain 13th on 26 points. Murray had gone eight matches without a Premier League goal but ended his drought within three minutes, getting on to the end of Martin Montoya’s cross to finish first-time into the bottom corner. Just after the quarter-hour, Pascal Gross launched an overhead kick that bounced kindly for the evergreen 35-year-old striker, who poked home his second — his 10th league goal of the season.

Fulham, who had lost all their previous four games in the New Year, found inspiration soon after halftime, first through Chambers and then from Mitrovic, who had scored only once in his last 10 league games but struck in the 58th and 74th minutes to take his league tally for the season to 10. “After a really bad first half, we came back to score four goals and played an unbelievable second half,” said Mitrovic. “The manager (Ranieri) just told us to keep going, we have nothing to lose and need to keep believing. We just tried to give our best 45 minutes and give everything we can. It was an unbelievable night and a big step forward. “Today I scored two goals. The hard work I put in every day — and the hard work we all put in every day — paid off. As a team we need to keep working hard as well.”