MNAs ready to quit PML-N, senate chairman will not be changed: Rasheed 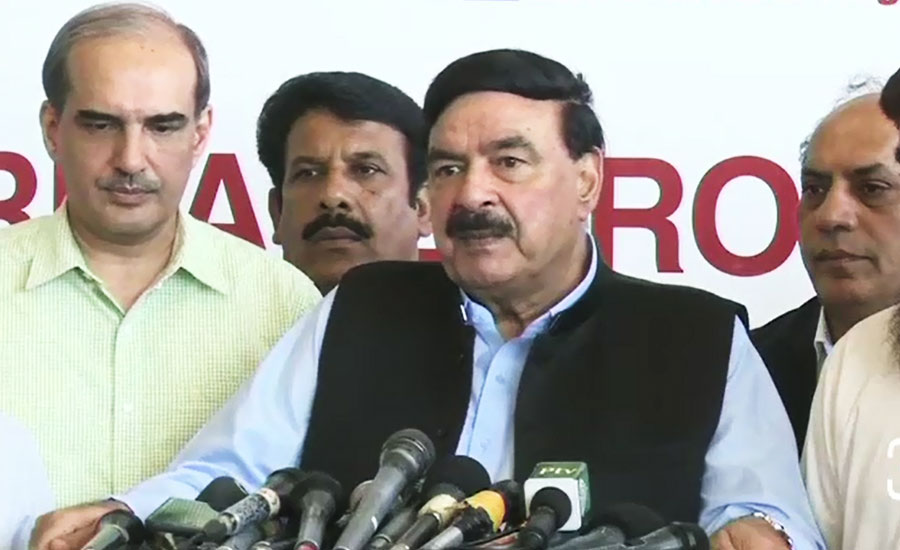 MNAs ready to quit PML-N, senate chairman will not be changed: Rasheed

LAHORE (92 News) – Federal Minister for Railways Sheikh Rashid Ahmed on Sunday claimed that more members of National Assembly (MNAs) are ready to quit Pakistan Muslim League-N (PML-N) but no possibility of change in Senate chairman. Speaking to the journalists in Lahore, the federal minister assured that Prime Minister Imran Khan will not give National Reconciliation Ordinance (NRO) to anyone but he is in favour of relaxation instead of any deal. “I am not in favor of any deal but relaxation should be given to the arrested persons to return the national exchequer,” he said. The masses are not happy with us due to the inflation but they prefer Imran Khan on the robbers,” Shiekh Rasheed said. Commenting on the current meeting of the disgruntled PML-N legislators with the premier, he said that the premier’s politics will actually begin from tomorrow. He also claimed that the Senate chairman will not be changed, adding that more MNAs also ready to leave the PML-N. Sheikh Rasheed advised to the opposition parties that they should not try to change the Senate chairman. He said that they opposed the federal budget but it passed and the opposition parties lost their voters. The railways minister termed that Opposition Leader in National Assembly Shehbaz Sharif should be ashamed because his niece Maryam Nawaz, daughter of former prime minister Nawaz Sharif, has taken the control of PML-N. https://www.youtube.com/watch?v=qTZ1Gu8THVY