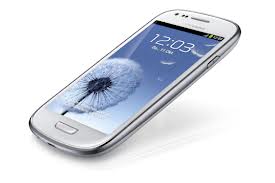 ISLAMABAD - Mobile broadband subscribers in the country are expected to reach 47 million by 2020 and 79 million by 2025, putting a direct and positive impact on human well-being. The promotion of mobile broadband will also help raise penetration of 35 pc by 2025 in this area. The current number of mobile broadband subscribers is around five million. The revenues from connected devices will also surpass both the Voice and Data by 2020 and their combined revenues by 2025. The mobile and related market in the country is also estimated to be over US$ 17 billion per year by 2025 up from the current US$ 4 billion per year. Pakistan Telecommunication Authority (PTA) in its Vision 2025 has revealed key service providers in Pakistan will be encouraged to offer extended Over The Top (OTT) services such as Viber, Skype and work with third party digital distributors and vice versa to offer consumers value through product centric services in a collaborative framework. Collaborative framework shall be built around regulatory and technical support systems including availability of additional spectrum, spectrum harmonization, spectrum and infrastructure sharing and other regulatory interventions and facilitations wherever it is applicable and required. PTA envisions affordable and broadbased communications access to the consumer irrespective of their location in the country. The Regulator has already successfully awarded the spectrum in 2100 MHz and 1800 MHz bands in April, 2014 for 3G and 4G cellular mobile services and is gearing itself to stay on top of the developments in the 5th Generation Mobile Services Technology so that it may be launched in Pakistan in a timely manner. With regard to broadband subscriptions in the country depicted a growth over 40 percent during last year, reaching 3.79 million subscribers mark as compared to 2.72 million during 2013. This means 1.07 million new subscribers joined broadband networks during the year. The latest statistics further revealed that Pakistan Telecommunication Company Limited (PTCL) remained a major player in providing broadband services and it has been successful in getting major share of broadband market by providing multitude of services and technologies under its umbrella. Ranging from ownership of international optical fiber links to availability of both fixed (DSL) and wireless (EvDO) broadband services, PTCL maintained a stronghold on almost every facet of the broadband market. Currently, PTCL has 80 per cent share of the subscriber base, consisting of 3.03 million subscribers including fixed and wireless broadband services. Moreover, the Vision said the concept of smart cities and towns with extensive use of ICT will improve quality of life of citizens through connected transport,smart energy, contactless payments, mobile government and more. In the next decade, access to affordable broadband is becoming as crucial to socio-economic development as networks like transport, water and power. Mobile technology spearheaded by vibrancy and innovation has just begun to unfold its value for society. REPORT