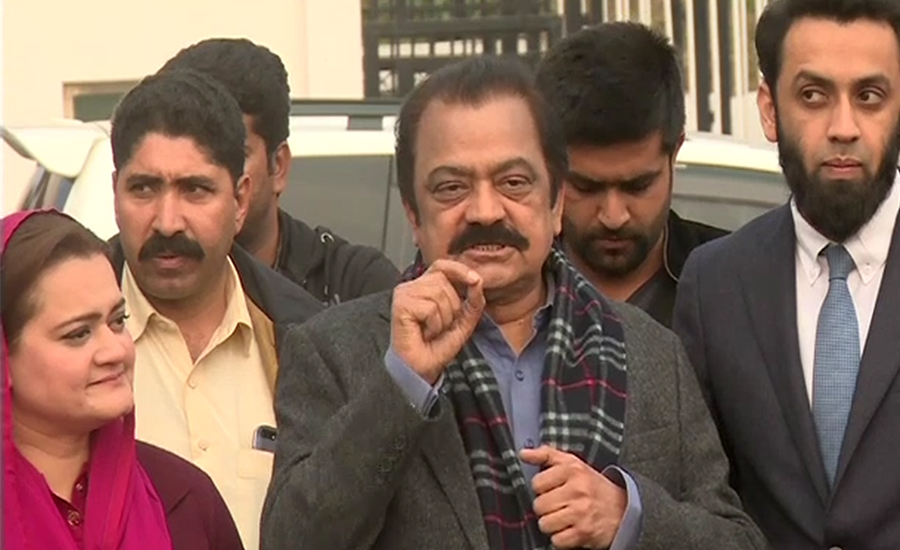 LAHORE (92 News) – Former Punjab law minister Rana Sanaullah on Monday did not appear before the Joint Investigation Team (JIT), formed to probe into the 2014 Model town incident. As per details garnered, the Joint Investigation Team (JIT) summoned Rana Sanaullah on Tuesday (today).
Speaking  to the journalists, the former law minister said that JIT has no legal standing and the Punjab government formed the JIT to take political revenge. The notice was issued to Rana Sanaullah by the investigation officer and Deputy Superintendent of Police (DSP) Iqbal Hussain Shah. A day earlier, a notice to appear and record his statement has been issued to the former minister under section 160 of the Criminal Procedure Code. The notice has been issued by the investigation officer and Deputy Superintendent of Police Iqbal Hussain Shah. On June 17, 2014, Punjab Police killed fourteen workers of Pakistan Awami Tehreek (PAT) in order to remove the barriers in front of the residence of Dr. Tahirul Qadri. The report of the first JIT was rejected by the court as there were no statements submitted by the families of the victims. According to the report of Justice Baqir Najfi, police never confirmed who gave them orders to open straight fire on the workers of PAT. But, now, the former IG of Punjab Police Mushtaq Sukhera has confirmed that Rana Sanaullah gave me orders for direct fire on the public in Model Town.
Last month, the Supreme Court issued orders for the formation of a new joint investigation team for a fresh probe into the Model Town massacre. The subsequent clash between Police and the PAT workers resulted in the death of 14 workers of the party.