LAHORE (92 News) – Anti-terrorism court (ATC) is expected to indict senior leaders of Pakistan Awami Tehreek (PAT) and policemen for being involved in Model Town vandalism. As per details, PAT leaders Raheeq Abbasi and Khurrum Nawaz and police personnel of Model Town tragedy will be indicted over the FIR lodged by government representatives, alleging that PAT workers opened fire at police, retaliating to which protesting activists were killed. 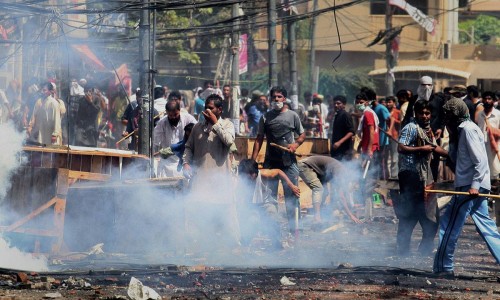 Subsequently, the court ordered to indictment of the  the accused on July 14. As many as 18 people were killed and more than a hundred injured when police personnel opened fire at unarmed protesters near the Minhajul Quran Secretariat on 17 June 2014.