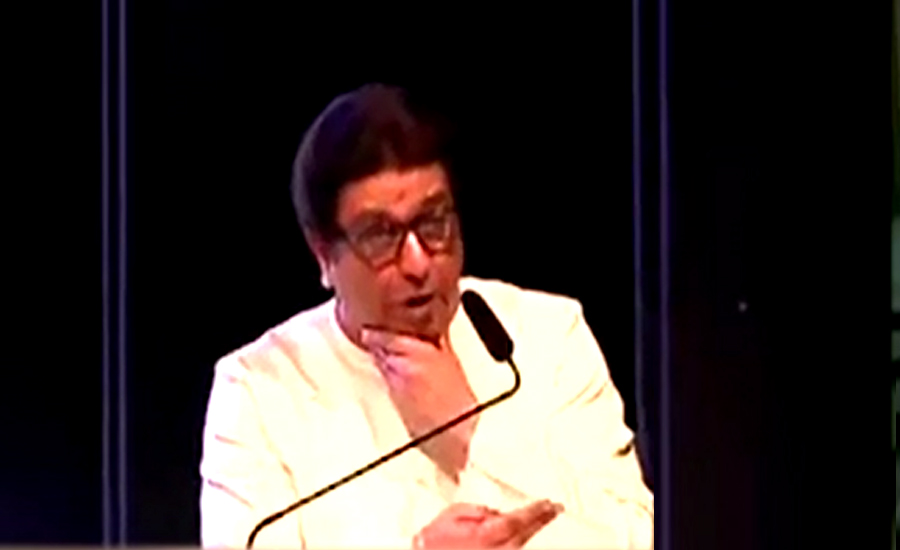 MUMBAI (92 News) – Maharashtra Navnirman Sena (MNS) chief Raj Thackeray on Saturday claimed that Indian Prime Minister Narendra Modi could plan another ‘Pulwama-like attack’ to win the upcoming Lok Sabha elections. Addressing party workers, Raj Thackery predicted that another Pulwama-type attack will be planned in the next two months, during the upcoming elections, to divert peoples’ attention from the real problems. “There is a limit to speaking lies. Lies are being spoken to win elections. In a bid to win upcoming elections, there will be another Pulwama like attack within the next one or two months,” he said. Taking jibe at Modi-led government, the MNS leader said that the Pathan Kot attack was also happened before the Indian general elections same like Pulwama attack. He also dismissed the Indian government’s claim to kill large camp of terrorists destroyed in the Indian airstrikes inside Pakistan. Lashing out at Bharatiya Janata Party chief Amit Shah’s statement on the number of casualties in the Balakot airstrike, Thackeray said whether Shah was one of the “co-pilots” who participated in it. Raising question at Balakot airstrike, Raj Thackery also claimed that the BJP-led government provided wrong information to Indian Air Force (IAF). It is pertinent to mention here that Pulwama attack conspiracy came before within a couple of months at the height of the upcoming Lok Sabha elections. At least 44 Indian soldiers were killed on February 14 in Pulwama. Meanwhile, Congress leader Vijayashanti Srinivas also criticized at Indian PM Modi and likened him to a terrorist and alleged he was ruling like a dictator. The veteran actress said the upcoming Lok Sabha elections was essentially a battle between Narendra Modi and Rahul Gandhi. Gandhi was fighting for the survival of democracy, while Modi has “ruled like a dictator” during his tenure in a way that killed democracy and troubled the people, Srinivas said. “Everybody is scared about the BJP today... they are scared as to what bomb Modiji will explode when....Appearing like a terrorist,” Srinivas maintained.

Earlier, on February 14, an Indian paramilitary convoy was attacked in Pulwama in Occupied Kashmir, resulting in the death of 44 Indian officers. The Indian Air Force carried out an airstrike on an alleged militant training camp in Balakot in Pakistan’s Khyber Pakhtunkhwa province. Indian Foreign Secretary VK Gokhale claimed that it ‘struck the biggest camp’ and that a ‘large number’ of terrorists were killed. Without any official statement on the number of casualties by the Indian government, the Indian news media reported that 300 terrorists were killed, citing government sources. But Pakistan responded by rejecting these claims and told the Associated Press that the area was “mostly deserted wooded area” and that there were no casualties or damage on the ground.